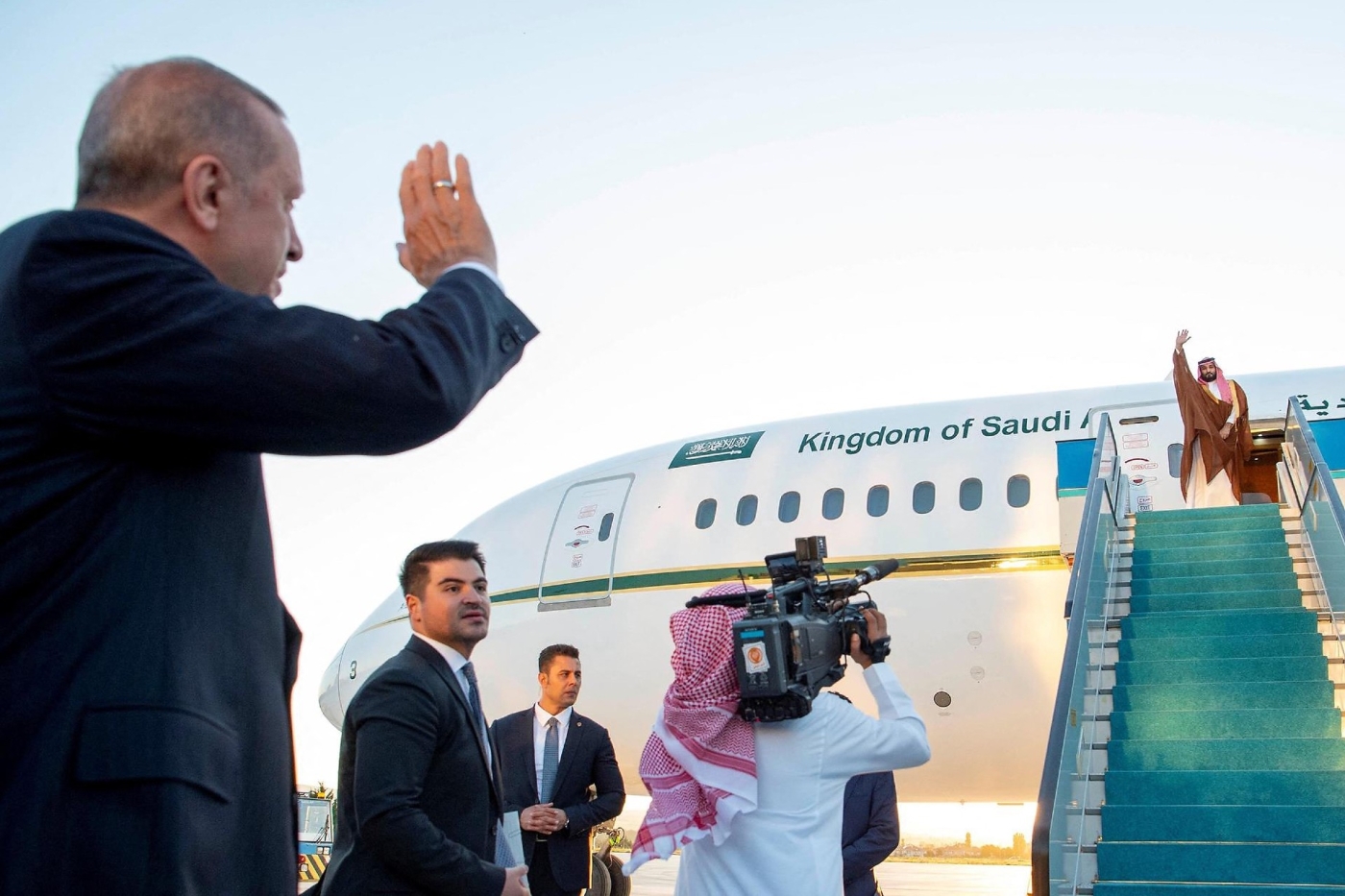 Turkey is reportedly seeking a $20bn deposit from Saudi Arabia in a bid to bolster its foreign currency reserves.

One Turkish treasury source confirmed to Middle East Eye that technical talks were underway to secure $20bn from Saudi Arabia.

In June, Saudi Crown Prince Mohammed bin Salman visited Ankara, ending a four-year rift with Turkish President Recep Tayyip Erdogan, who escorted him to the airport as he departed.

The visit came after Turkey dropped a court case in which Saudi agents suspected of killing journalist Jamal Khashoggi were being tried.

Khashoggi, a Saudi columnist for Middle East Eye and the Washington Post, was killed by a hit squad in the kingdom’s Istanbul consulate. The CIA concluded Mohammed bin Salman signed off on the operation personally, an accusation he denies.

A joint declaration by the two governments following the crown prince’s visit underlined an intention to deepen trade, energy, and defence ties, as well as political and regional cooperation and consultation.

Turkish Finance Minister Nureddin Nebati told a group of journalists earlier this month that Turkey would need $30bn to $35bn to finance its current account deficit, which has been bloated due to increasing energy prices. He said Turkey was looking to nearby countries for help, such as Russia and Saudi Arabia.

Bloomberg earlier this month reported that Russian state firm Rosatom had decided to wire $15bn to Turkey for the construction of the $20bn Akkuyu nuclear power plant, citing officials who said that an initial $5bn had already been received.

The officials suggested the move was a goodwill gesture by Russian President Vladimir Putin to thank Turkey for the breakthrough Ukraine grain deal brokered by Ankara this month.

Rosatom also opened a bid to get a $6.1bn credit line for the construction of Akkuyu, temporarily placing the funds into Turkish treasury bonds and accounts.

The treasury source told MEE that $7bn had been already received from Russia, which would be parked in Turkish accounts for the next two years. Hakan Kara, a former Turkish Central Bank chief economist, confirmed through his own calculations that reserves did indeed increase by $7.3bn.

Two separate Turkish sources told MEE that Turkey was also looking for similar deposits from the UAE and Qatar.