While Andrew Brunson awaits a higher court ruling, Turkey retaliates against US by doubling tariffs on imports as diplomatic rift widens 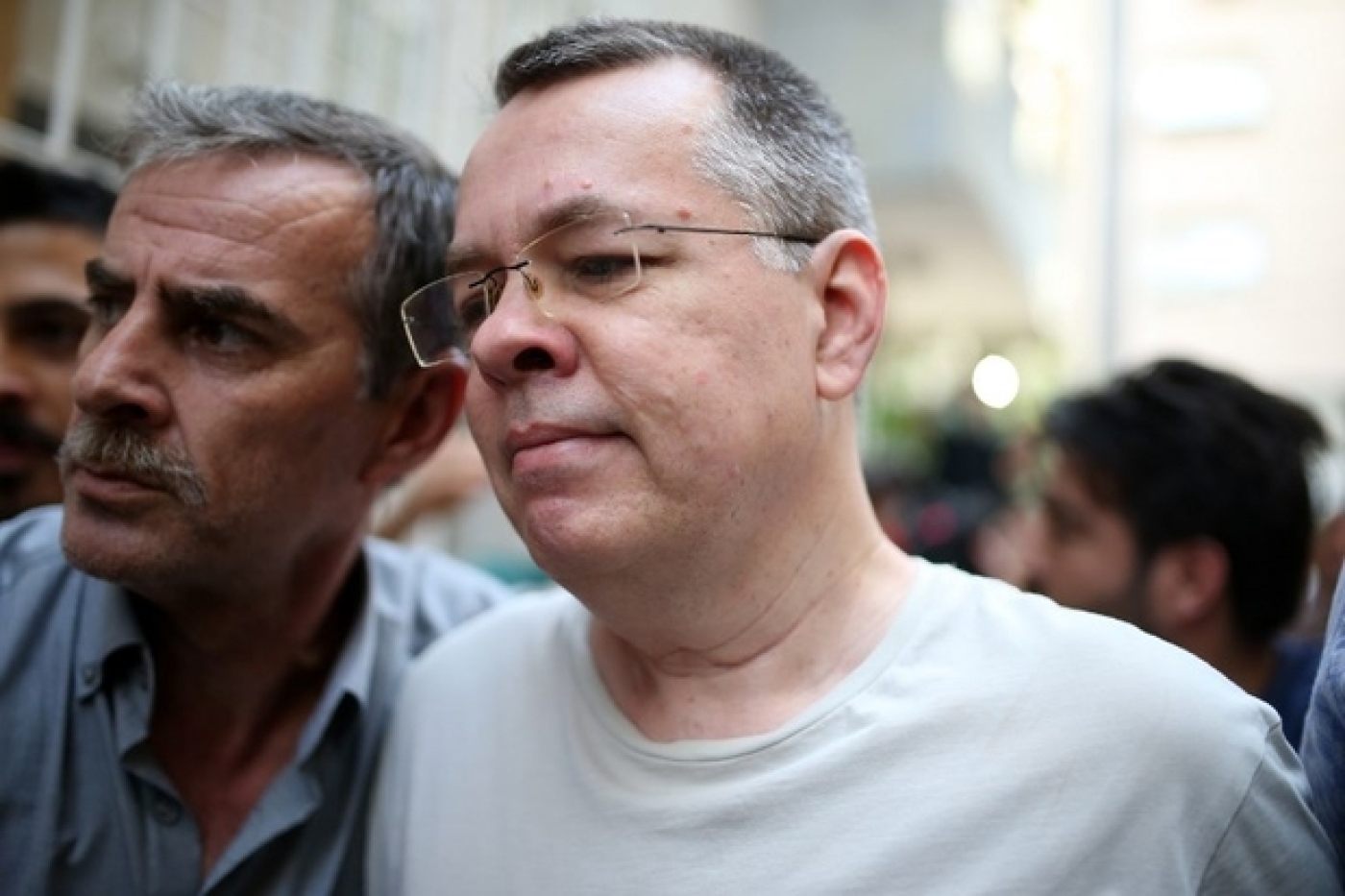 A Turkish court has rejected the appeal of Andrew Craig Brunson, the American pastor at the centre of a diplomatic standoff between the US and Turkey, to be released from house arrest.

An upper court is yet to rule on his appeal - which also asks for a travel ban on Brunson to be lifted - his lawyer told Reuters on Wednesday.

Turkey has increased tariffs on the following US products:

The evangelical pastor and US citizen is standing trial in Turkey over terrorism charges. His case now lies at the heart of a diplomatic crisis between Turkey and the US that has sent the Turkish lira into free-fall.

A separate court in Istanbul on Wednesday agreed to release Taner Kilic, the honorary chair of Amnesty International in Turkey, after jailing the human rights defender for over a year on terror charges which he had long denied.

News of the court actions came as Turkey doubled tariffs on several US imports in retaliation for higher tariffs on Turkish aluminium and steel imports that the US imposed last week.

The value of the lira went into a tailspin last Friday after US President Donald Trump announced the increased tariffs and hit a record low against the dollar on Monday before rebounding on Tuesday.

Turkish President Recep Tayyip Erdogan has accused the US of seeking to stab his country in the back.

In a decree signed on Wednesday, Erdogan raised tariffs on passenger cars to 120 percent, on alcoholic drinks to 140 percent and on leaf tobacco to 60 percent.

Tariffs were also doubled on goods such as cosmetics, rice and coal.

"The import duties were increased on some products, under the principle of reciprocity, in response to the US administration's deliberate attacks on our economy," Vice President Fuat Oktay wrote on Twitter.

The Brunson case has been a bone of contention between Turkey and the US for more than a year. But along with other disputes, this one has led the US to impose sanctions for the first time on one of its NATO allies.

After the Treasury Department imposed sanctions on Turkey's ministers of interior and justice on 1 August, Turkey took the same step in reciprocity on Saturday.

How did the jailing of a US pastor lead to sanctions on Turkey?
Read More »

Brunson has been behind bars since October 2016 over accusations of cooperating with the Gulen movement - which the Turkish government blames for orchestrating the failed coup - and the PKK, under the guise of missionary work. The Turkish government considers both to be terrorist organisations.

It usually takes a court between 3 to 7 days to process an appeal but a ruling could come sooner in this case, Brunson's lawyer Ismail Cem Halavurt told Reuters.

"A ruling can come tomorrow, or even tonight. These are appeals that require fast decision making because they are related to an individual's freedoms," he said.

A previous appeal by Halavurt on behalf of Brunson was rejected by the court.

Turkey has faced repeated calls for the pastor's release, and the US has sanctioned two Turkish ministers after a Turkish court placed him under house arrest, following 21 months in prison.

After reaching record lows on Monday, the lira has rebounded to stronger than 6.0 against the dollar, recovering from a dangerous tailspin

However, Erdogan, while blaming the crisis on the US, said he expected attacks on the economy to continue.

On Tuesday, he promised to boycott all US goods. "If they have the iPhone, there's Samsung on the other side," he said, referring to American giant Apple's phone and the top South Korean electronics brand.

The Turkish currency has lost more than 45 percent of its value this year over worries about Erdogan's influence over the economy, his repeated calls for lower interest rates in the face of high inflation, and worsening ties with the United States.

Speaking at the AKP's 17th anniversary ceremony on Tueday, Turkey's finance and treasury minister and Erdogan's son-in-law, Berat Albayrak said: "We will continue to take our firm steps in accordance with the free market rules. We will protect our Turkish lira.

"Everybody can see clearly now that the dollar has lost its credibility," he added, asserting that the Turkish lira "will get stronger in the near future".