With President Erdogan using the annual meeting as a stage to pull Turkey from the mire, envoys share their thoughts with MEE 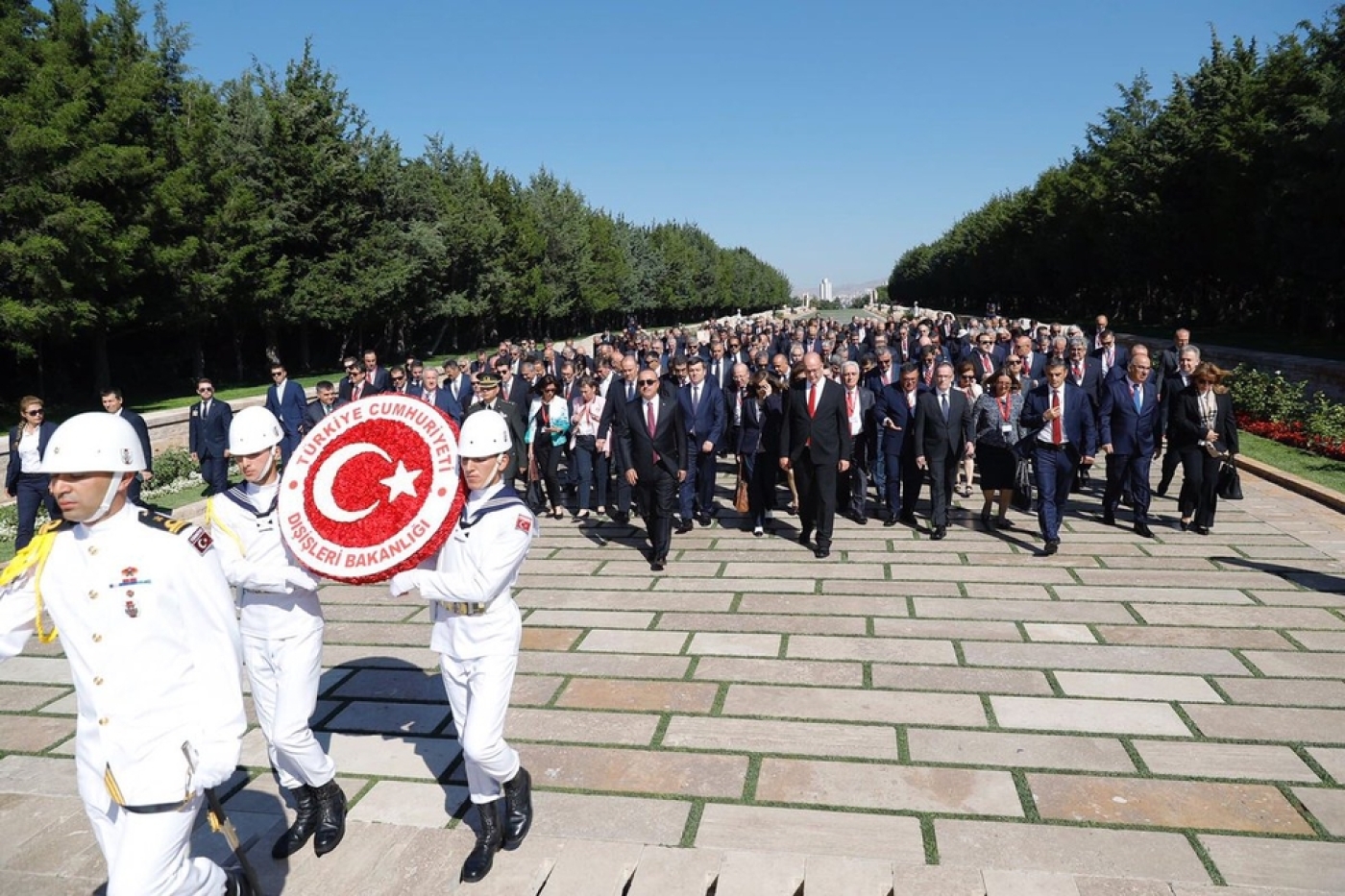 ANKARA - When Turkish diplomats pencilled this week's conference in Ankara into their diaries, little did they know it would be the epicentre of a dramatic diplomatic and economic crisis.

They arrived in the big luxury hotel in the centre of capital city on Sunday, and one day later they saw the country's currency hit an all-time low against the US dollar.

Though the lira subsequently steadied, President Recep Tayyip Erdogan's rhetoric against the United States did not, accusing the Nato ally of stabbing his country in the back by doubling key tariffs in response to Turkey's refusal to free US pastor Andrew Brunson.

Attending the week-long conference - dubbed "Enterprising and Humanitarian Foreign Policy in the Presidential System of Government" - they listened to briefings by many of Turkey's ministers and also by the chairmen of some trade organisations, in a big hall surrounded by dozens of security guards.

After all the presentations, reflected on the big screen in the windowless hall, around 250 ambassadors were given a 10-minute break. That's when they went out of the hall and, while having a cup of coffee, exchanged views on the issues they were dealing with.

That smaller hall was surrounded by foreign ministry employees in addition to the security guards, to prevent any journalists or any hotel guests entering it. Behind the big glass door, you could see the ambassadors from the same regions gathering together to discuss their country's policies on that specific region. Or sometimes old friends from very different points of the world got together, hugging each other and chatting to catch up.

It's getting harder for us to tell the business people in our countries that the Turkish economy is solid and Turkey is still safe to invest in. But we have to keep doing this because when any of them talk about recession scenarios the lira is being affected

In another part of the hall, you could see a recently appointed young ambassador asking questions to her predecessor.

They spent most of their week in the big hall, sitting next to old colleagues, listening to new foreign and economy policies. For the ambassadors attending the conference, it has been a front-row seat to a nail-biting moment in Turkish history, and many had a thing or two to say about the crisis, under condition of anonymity.

One of the calmer envoys said that economic and diplomatic crises are bound to arise from time to time, and reminded Middle East Eye that it was their job to solve them.

However, the conduct of US President Donald Trump, who has not shied away from a confrontational approach to the crisis, seemed to ruffle some feathers. "Trump's attitude doesn't help," he said.

In fact, according to the diplomat, representatives from many countries told each other that they were worried by the US president's hardline approach to diplomacy.

"In the country I work, officials told me Trump has bigger problems with their leader, and they are just waiting for him to target their country."

Another Turkish ambassador was keen to highlight that the economy has been signalling a downturn for a while due to the large amount of international debt.

"It would be wrong to see Trump as the only reason, but of course we cannot deny the fact that he is attacking our already worsening economy," he said. "But Trump's tone is not helping, he is closing the ways for diplomacy."

However, he stressed, such attacks from the White House would do little if better economic policies had been pursued.

His colleague, an ambassador working in a Western country, agreed: "We need to cool down the tension with the US first for a relief in our economy. And this is only possible through diplomatic channels. But the heated statements are damaging these channels and making it even harder to turn back where we started."

Not all the diplomats placed the blame on Trump or previous fiscal issues. One believes the largest problem is the expenses caused by Ankara's entanglement in the Syrian war to the south.

"I think the financial problems started with the wide-ranging military operations in Syria. I am not discussing if they were necessary or not, I am only saying we spent big. And now, with the crisis with the US, the economy is getting worse," he said.

The experienced diplomat was also concerned about the refugees in the country.

"In such periods of economic crisis, people might look for somebody to blame and it would easily be the refugees in the country. I hope the refugees, especially the Syrians, won't be affected by this crisis," added the ambassador.

Not all the envoys MEE spoke to had words of doom and gloom to offer.

One, who used to work in one of Turkey's high-level economic councils, avoided giving any opinions altogether, saying only: "I am hopeful it will get better. They [the Turkish government] actually know what they need to do."

Another, who is assigned to a European country, even saw positives in the crisis.

"The crisis with Trump helped us to ease the tensions with Europe, and now we are getting closer. Not only do they want a stable Turkish economy, they are now open for more defence and security cooperation."

He also said that the European countries who have been critical of Turkey's purchase of an air-defence system from Russia see that now as an issue of more minor importance.

For one Turkish diplomat, the most important thing was that everyone pulls together and helps take their country out of this economic mess.

"It's getting harder for us to tell the business people in our countries that the Turkish economy is solid and Turkey is still safe to invest in. But we have to keep doing this because when any of them talk about recession scenarios the lira is being affected," he said.

"We have to work hard to prevent this kind of talk. And this crisis should be solved as soon as possible." 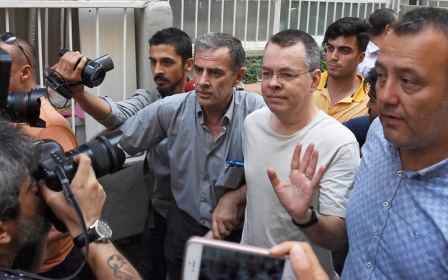