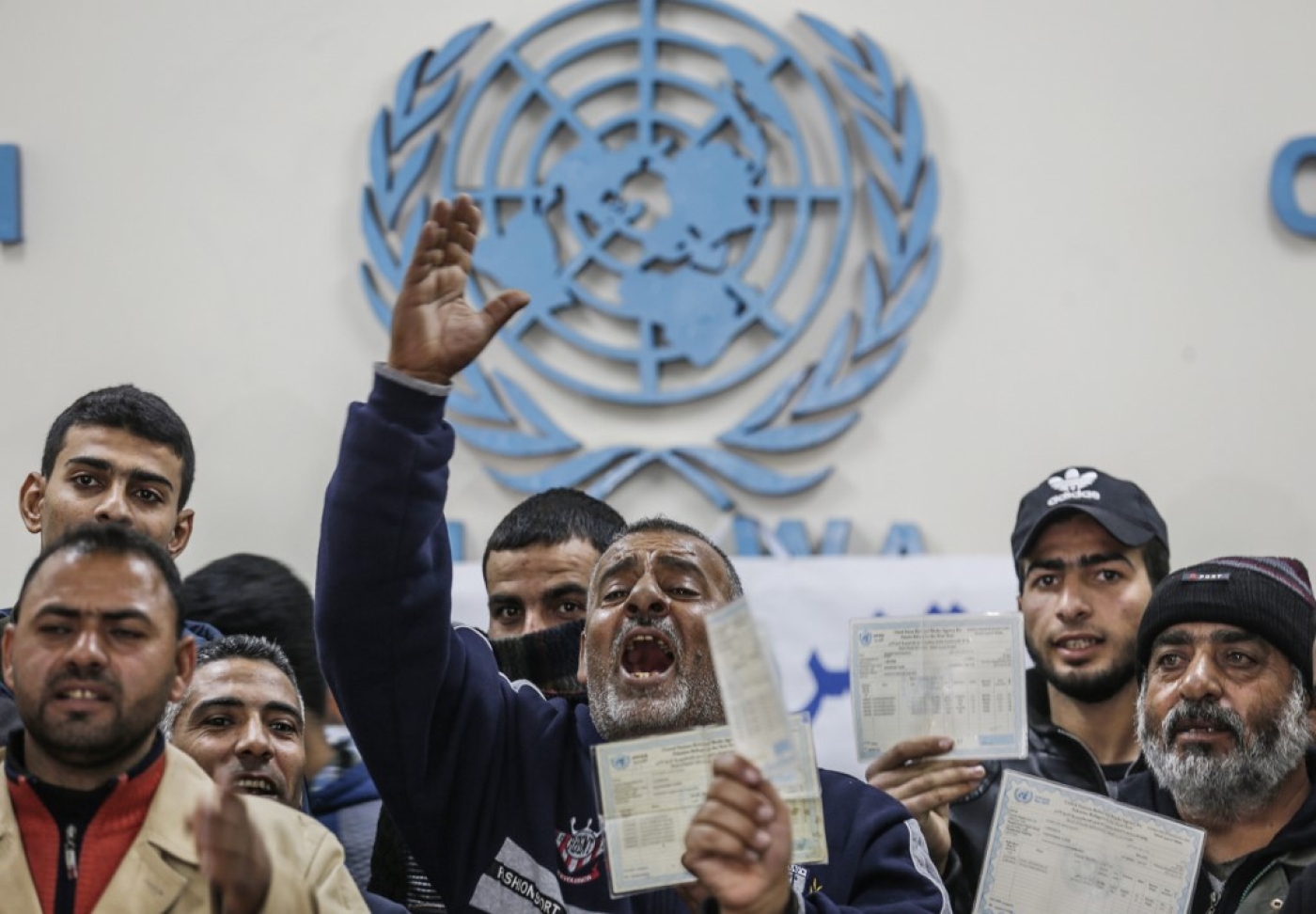 UNRWA provides education, health and relief services as well as housing and microfinance assistance to more than 5 million Palestinian refugees (AFP/File photo)
By
MEE and agencies

The United Nations General Assembly voted on Friday to renew the mandate for a UN agency supporting Palestinian refugees, despite massive US funding cuts and allegations of misconduct. 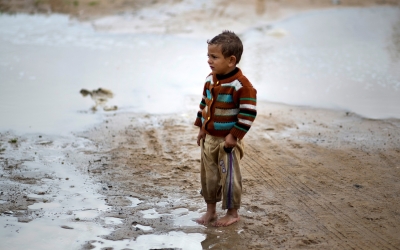 Gaza 2020: 'Our worst nightmare is when it starts raining'
Read More »

The mandate of the United Nations Relief and Works Agency for Palestine Refugees (UNRWA) was extended until 30 June 2023.

The measure passed with 169 votes in favour and nine abstentions, Reuters news agency reported. The United States and Israel voted against the renewal.

UNRWA, which as established in 1949, provides education, health and relief services as well as housing and microfinance assistance to more than 5 million registered refugees in the occupied West Bank, Gaza Strip and East Jerusalem, as well as in Jordan, Lebanon and Syria.

The agency has faced a serious financial crisis since last year, when the United States - its biggest donor - halted its annual $360m aid package.

In a statement published by the official Palestinian news agency WAFA, Palestinian President Mahmoud Abbas praised the vote as a victory for international law and the rights of the Palestinian refugees.

The Hamas movement, which controls the Gaza Strip, hailed the UN vote as a defeat for the United States and its attempts to pressure UN member-states against UNRWA, Reuters reported.

"We welcome the decision to renew the international mandate to UNRWA and we see it as another failure to hostile US policies to the Palestinian rights," Hamas official Sami Abu Zuhri told the news agency.

The US mission to the United Nations did not immediately respond to a request for comment on the vote, Reuters said.

Last month, UNRWA Commissioner-General Pierre Krahenbuhl resigned amid an investigation into misconduct allegations. Krahenbuhl has denied wrongdoing and said his agency was the victim of a political campaign designed to undermine it.

Switzerland, the Netherlands and Belgium suspended payments to UNRWA over the inquiry, deepening the budget crisis set off by Washington.

UNRWA hopes the management shake-up will help pacify donors, a person with knowledge of the organisation's position told Reuters. The funding cut was one of many pro-Israel moves made by US President Donald Trump's administration, including the US embassy move from Tel Aviv to Jerusalem last year, and most recently, its declaration that Israeli settlements in the occupied West Bank are not "per se, inconsistent with international law".

The United States and Israel have accused UNRWA of mismanagement and anti-Israeli incitement.

Still, UNRWA counters that it provides a humanitarian lifeline and safeguards and advances Palestinians' rights under international law.

Hanan Ashrawi, a senior Palestine Liberation Organization (PLO) official, praised the UN vote on Friday and said it was the United Nations' responsibility to combat what she called US and Israeli attacks on Palestinian refugees.

"All attempts at trying to limit UNRWA's mandate or defund it or attack it have failed, and we hope that the international community will continue to come to the rescue," she said.