Why Gaza needs a new paradigm

Haidar Eid
The situation has been stagnant for 16 years. It's time to move away from security coordination, the two-state solution, and improving conditions of oppression 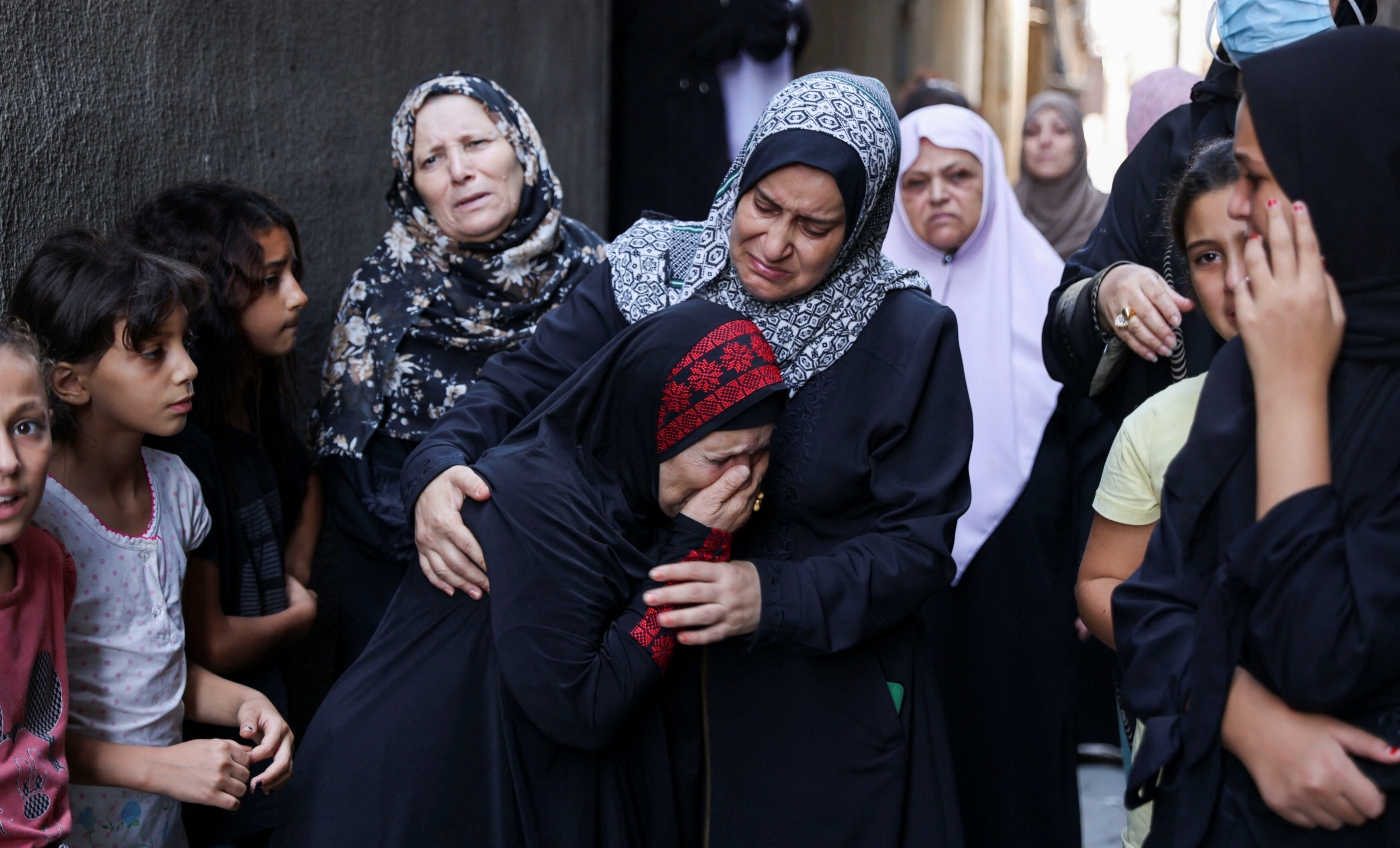 Relatives mourn during the funeral of four teenage Palestinian cousins killed during the latest Israeli assault on Gaza, in Jabalia, on 8 August 2022 (Reuters)

And, alas, it has repeated itself in the form of a horrific tragedy, thanks to apartheid Israel’s denial of the humanity of the Palestinian people in general, and Palestinians in Gaza in particular.

I write this piece on the first day of the hudna, a ceasefire mediated between Israel and the Palestinian resistance movement - represented by Islamic Jihad this time. As in previous years, Gaza has just been brutally dehumanised and demonised by apartheid Israel.

But some ugly masks have been changed. Instead of Ehud Olmert and Benjamin Netanyahu, Israel is offering us “prettier” faces, such as Yair Lapid.

Instead of "la femme fatale", Tzipi Livni, shaking her finger in Cairo and threatening the innocent people of Gaza, we have the war criminal Benny Gantz, who was previously filmed boasting that under his command in 2014, “parts of Gaza were sent back to the Stone Age”, and that he has killed “1,364 [Gazans]”.

And here, in Gaza, the faces we see are the angelic countenances of five-year-old Alaa Qaddum, dead in the arms of her grandfather; and the Nijm brothers from Jabalia refugee camp, who were murdered while playing in the camp cemetery; and the Nabahin family, three brothers and their father coming out of the morgue of al-Shifa Hospital. 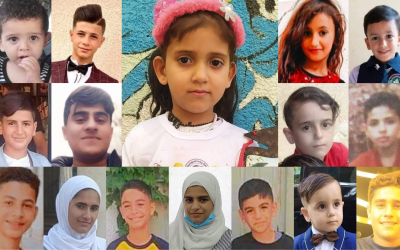 Gaza: The names and faces of the 16 Palestinian children killed in Israel's onslaught
Read More »

There’s also Alaa Tahrawi, from Rafah, whose family couldn’t even bid farewell to her because her body was shattered into tiny pieces, and the 19-year-old Khalil Abu Hamada, the only child of parents who spent 15 years trying to conceive and whose grandmother was martyred in 2003.

Entire families were wiped out in Rafah and Khan Younis. The death toll over the past few days alone has risen to 44 martyrs, including 15 children. Evidently, children, who make up about 50 percent of Gaza’s population, have become Israel’s favourite target.

Yet Palestinians have what the late Edward Said called "the higher moral ground", and our victory, in the end, will be the inevitable result of our steadfastness, which has not wavered despite the feeling that we have been left on our own.

When Israel attacked Gaza for 22 consecutive days in 2009, it made it crystal clear that it had three objectives, which, unsurprisingly, it failed to achieve: toppling the Hamas government, putting an end to the launching of rockets, and reinstating pro-Oslo forces in Gaza.

It repeated the same scenario four times, while maintaining a deadly, medieval siege on Gaza. Now, in 2022, and without being provoked at all, it has declared a “new” objective for its barbaric war on the children and women of Gaza: namely, getting rid of Islamic Jihad.

Will the US Supreme Court make it illegal to boycott Israel?
Azadeh Shahshahani
Read More »

But the real, undeclared objective is to ensure that the split between Gaza and the West Bank is solidified and that historic Palestine is under its total control. This is what the 2021 attack on Gaza failed to do. Instead, it led to what we refer to as the Unity Intifada.

The residents of Gaza are resilient and steadfast, which gives them the right, together with the rest of the Palestinian people in the diaspora, the West Bank and 1948 territories, to steer the international campaign to boycott apartheid Israel.

Our only demand, at this point in time, is a boycott of Israel economically, politically and culturally. This is the very least the indifferent “international community” can do to make up for its complicity in the crimes committed by apartheid Israel against our people.

As for Palestinians, we must unify our ranks on the ground in a national front - one that will turn its back on the remnants of the ugly Oslo days and security coordination, and one that declares a divorce from all racist proposals, including the dead two-state solution.

We must make it absolutely clear that there is no place for normalisers among us from now on. We will chase all normalisers - the sheikhs of Abu Dhabi, Manama and Morocco - with the blood of our children.

We will not allow them to sit with us again until they sever their relations with the occupation and stop whitewashing its ugly face: a face that is stained with the blood of Palestinian children, such as Alaa Qaddum, Hazem Khalid, and the Nijm, Nabahin and Nairab children.

Why target Gaza in particular? As Said put it in The Politics of Dispossession, “Gaza is the essential core of the Palestinian problem, an overcrowded hell on earth largely made up of destitute refugees, abused, oppressed, and difficult, always a center of resistance and struggle.” 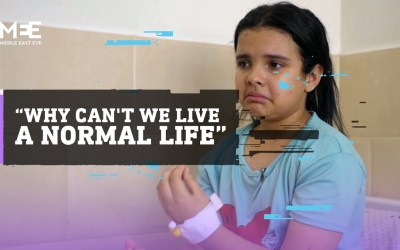 It is a constant reminder of Israel’s colonial sin: the Nakba, when Zionist gangs of European settlers decided to expel the inhabitants of hundreds of Palestinian towns and villages and commit massacres. Palestinians were driven from their homes to places such as Gaza, which comprises just a sliver of historic Palestine.

This time, we need a new paradigm. We must move away from security coordination, the two-state solution, and the improvement of conditions of oppression. After yet another brutal assault, we demand the full menu of rights, in order to guarantee the safety of our children in a free, secular-democratic state. 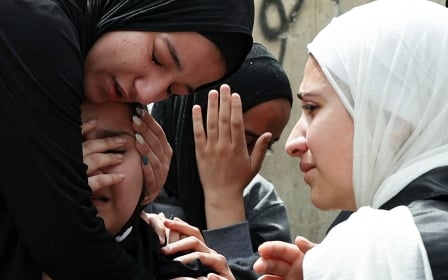 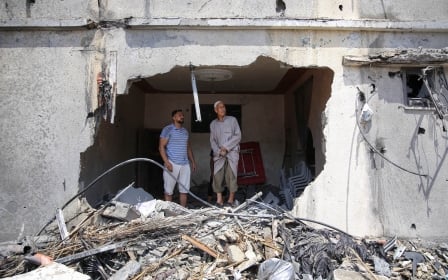 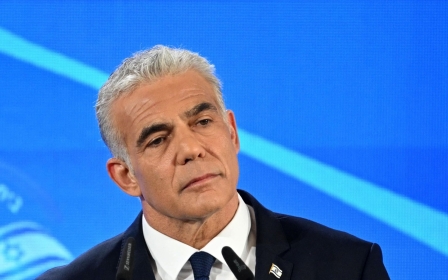