Lebanese vote: A victory of antagonisms

Paul Khalifeh
Sunday’s vote had its fair share of surprises, including the undermining of Saad Hariri and the victory of forces like the pro-Iranian Hezbollah-Amal tandem 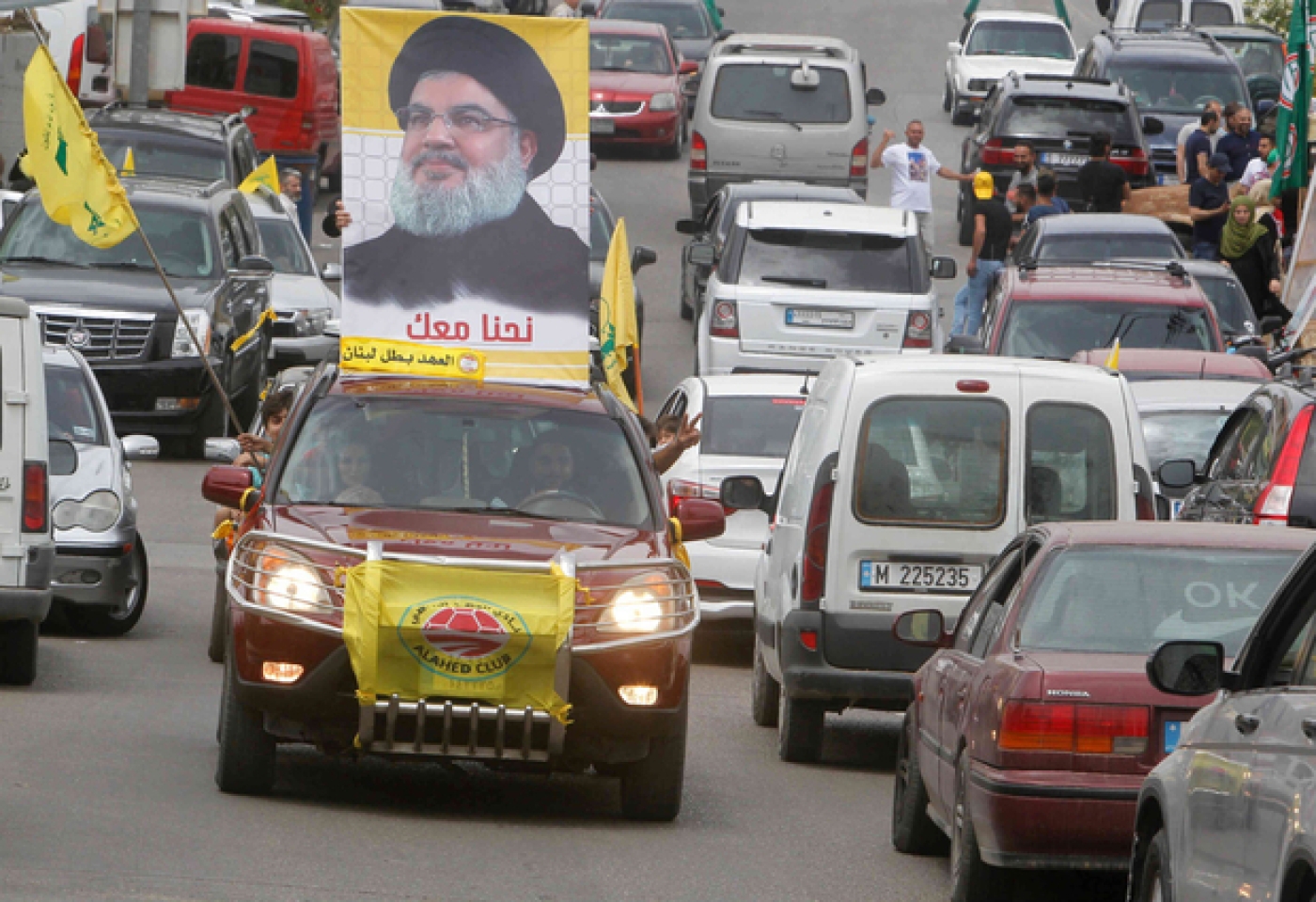 Lebanon’s legislative elections have defied most prognoses, which foresaw a ballot without surprises - as much in terms of the order of events as in the results.

With the introduction of a proportional voting system, experts were anticipating voter enthusiasm that would bring about record participation. But what happened was the opposite: the participation rate was unusually low, with only 49.2 percent of voters heading to the polls, compared with 54 percent during the previous election in 2009.

Two reasons were put forward to explain this voter apathy. First, the depletion of “electoral funds”, notably from Saudi Arabia, which used to flow into Lebanon to buy votes.

The United States and Saudi Arabia’s attempt to isolate Hezbollah, with the aim of weakening and discrediting the anti-Israeli resistance, has failed

“Blocs of voters used to selling their ballots waited until the last minute in hopes that their votes would be purchased,” Abdo Saad, the director of the Beirut Center for Research and Information, told Middle East Eye. “But since the money did not come, they stayed at home.”

The second reason is the number of unnatural political alliances, as yesterday’s enemies became allies of circumstance - a phenomenon deemed opportunistic for numerous voters who spoke to MEE. For example, the Free Patriotic Movement (FPM) included in its lists some personalities well known for their hostility towards the president of the Lebanese Republic, Michel Aoun, in some instances to the detriment of long-time FPM militants.

In addition to these surprises in form, the content of the vote was unexpected in more than one regard. Most experts agree that the Shia duo, composed of Hezbollah and the Amal movement led by Parliament Speaker Nabih Berri, is the main winner of the vote.

“The United States and Saudi Arabia’s attempt to isolate Hezbollah, with the aim of weakening and discrediting the anti-Israeli resistance, has failed,” Ghaleb Kandil, the head of New Orient News, told MEE.

Numbers confirm this analysis. The Shia tandem walked away with 26 out of 27 seats reserved for this religious community in the 128-member parliament, which is divided equally between Muslims and Christians. An overwhelming majority of Shia, reaching more than 90 percent in some voting districts, voted for Hezbollah and Amal.

It was therefore more of a plebiscite than an election, showing that - despite Hezbollah’s losses in Syria (around 2,000 dead), an economic crisis that has particularly hit Shia middle and working classes, and a demonisation campaign on the regional and international stage of the pro-Iran party - Shia continue to trust Hezbollah. The Shia tandem, which included in its electoral lists Sunni, Christian and Druze candidates, took 32 seats.

The introduction of a proportional vote has in fact allowed the election of influential Sunni personalities close to Hezbollah, which had been marginalised by the plurinominal majoritarian electoral system that had previously been in place. “Political pluralism had been normalised within the Sunni community, whose representation had been monopolised by the Hariri family’s Future Movement for more than 20 years,” Kandil noted.

With its own seats, its allies in other parties, and sympathetic independent Sunni personalities, the Shia tandem reached 42 seats - a third of parliament. This will allow it to block a quorum on issues deemed to be of national interest or during the presidential election. No big decision likely to modify the fundamental equilibria in Lebanon can be taken without its knowledge and approval.

In the upcoming parliament’s balance of power, Hezbollah is a fully fledged and unavoidable political partner in any big strategic decision-making processes.

The second biggest winner of these elections is the Lebanese Forces (LF) Christian party, closely aligned with the regional aims of Saudi Arabia and the United States, and Hezbollah’s main critic, as it denounces the continued existence of the Shia movement’s armed wing and its participation in the Syrian war alongside the Assad regime.

With 15 deputies, the LF has nearly doubled the size of its parliamentary bloc.​ The group, which operated as a brutal militia in the 1975-1990 civil war, was banned during the Syrian control of Lebanon until 2005. LF leader Samir Geagea was jailed from 1994 to 2005 after being accused of wartime assassinations.

Geagea has been denounced as a war criminal by his rivals. His supporters argue that he was unfairly demonised because of his opposition to Syria's presence in Lebanon, while other warlords went on to occupy the highest positions in the state.

The LF’s spectacular breakthrough places it at the centre of the national political chessboard, to Hezbollah’s great displeasure

Going forward, the LF can now pride itself in being the country’s second Christian party, with a presence in all Lebanese regions. Its bloc now grants it the role of tie-breaker in the upcoming parliament, a role that had been held for years by Druze leader Walid Jumblatt.

The LF’s spectacular breakthrough places it at the centre of the national political chessboard, to Hezbollah’s great displeasure.

“Mr Bassil has handled his electoral alliances with Machiavellianism, which has given the LF an opportunity to increase the size of its parliamentary bloc,” the political analyst said. “He preferred to add businessmen to his electoral lists instead of long-standing FPM members. He refused in certain districts to ally with Hezbollah, even though the two parties have been linked for the past 12 years by an agreement that allowed Michel Aoun to be elected president. He lobbed attacks and critiques against Nabih Berri, claiming that the latter was a symbol of corruption, even though he (Bassil) cooperates with Saad Hariri, whose management of state affairs does not exhibit the best example of integrity.

“The Lebanese Forces have harvested the fruits of this behaviour,” Kandil added.

Abdo Saad believes that Saad Hariri is the biggest loser of these elections. While the incumbent prime minister possesses the most important Sunni bloc in the new assembly, he lost half of the 11 seats up for grabs in Beirut to a list led by Hezbollah.

He also did not manage to get rid of his main rival, the former head of the government, Najib Mikati, who obtained four seats in Tripoli, the country’s second-biggest city. The election of several Sunni candidates close to Hezbollah, such as Abd al-Rahim Mrad (West Bakaa), Usama Saad (Saida), Adnan Traboulsi (Beirut), Faisal Karameh (Tripoli), and Jihad al-Samad (North Lebanon), does not make things easier for him.

“Nearly a third of Sunni MPs are hostile to Saad Hariri; he can no longer claim to be the only representative of the community,” Saad said.

The incumbent prime minister remains nonetheless the most likely politician to inherit his current position. But he will have to negotiate with political forces from a far less comfortable position than when he led a bloc of 34 deputies, compared with 22 today.

He will also find himself forced to present serious concessions during the formation of his cabinet if he is reappointed as prime minister by Aoun after constraining parliamentary consultations that should take place next week.

Weakened within the government, Hariri will face difficulties in dredging up support for his ambitious but controversial economic reform plan, which he pledged to implement in front of international financial backers who promised Lebanon some $11.5bn during the CEDRE conference in Paris on 6 April.

Without drastically modifying the power dynamics in the country, these elections will nonetheless have an impact on the political scene. In the short term, it will be felt in the appointment of a prime minister and the formation of the government.

In the long run, observers will have time to analyse the consequences of this vote on imposing pluralism among Christians and Sunnis, and on solidifying the undivided influence of the Hezbollah-Amal tandem on the Shia community.

This story originally appeared in the MEE French edition.