Mohamed Morsi's death: The last nail in the coffin of Egypt's revolution

Rania al-Malky
Morsi's dramatic death may seem like the epilogue to the 25 January revolution. But it can also signal the start of a new conversation about Egypt's future 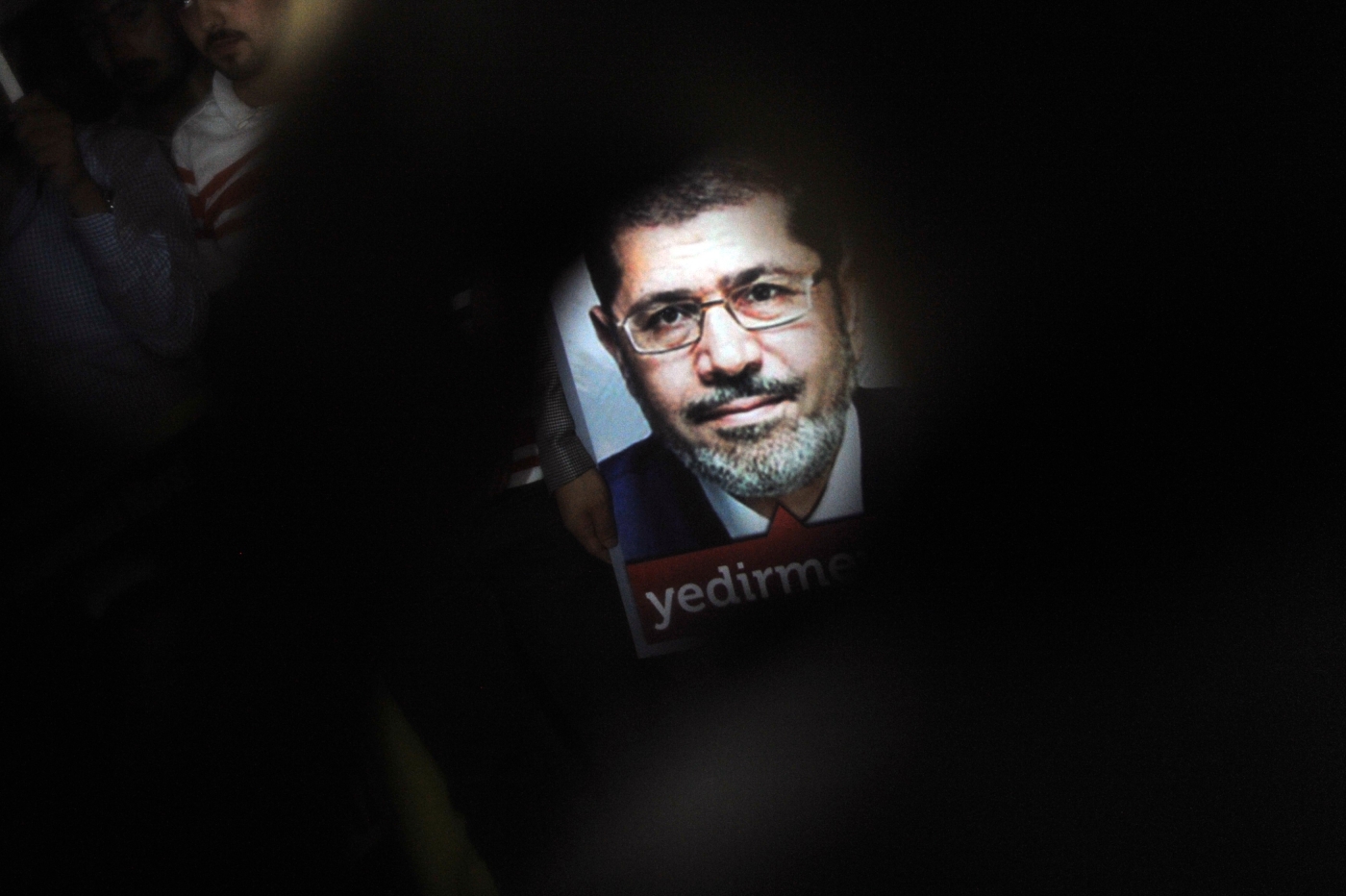 The dramatic death on Monday of Mohamed Morsi, Egypt’s only democratically elected president in recent history, was no surprise.

It is hard to imagine a more ironic timing – just two weeks short of the sixth anniversary of his overthrow and arrest following a military coup which removed him from office one year into his presidency.

The only surprise is that he lasted this long under such deplorable conditions.

Morsi was an engineering professor at Egypt’s Zagazig University until 2010. In 1982, he received a Ph.D from the University of Southern California and was appointed assistant professor at California State University, Northridge the same year, a position he held until 1985 when he returned to Egypt.

Morsi not only symbolised his Islamist affiliation, but stood for the overpowering demand for civilian rule

He was a member of parliament from 2000-2005. Like all members of the Muslim Brotherhood (MB), he ran as an independent because the group was barred from officially organising under the 30-year reign of his predecessor, Hosni Mubarak, who was ousted in a popular uprising in January 2011.

Prior to his election in 2012, Morsi was a little-known member of the Freedom and Justice Party (FJP), the political wing of the socially conservative - but politically progressive - MB, which swept the only free and fair presidential and parliamentary elections ever held in Egypt in 2011-2012.

The FJP’s rise to power was the target of the military leadership, pointing its weapons with laser precision at Morsi, who not only symbolised his Islamist affiliation, but stood for the overpowering demand for civilian rule.

Mobilising the media, the judiciary and the intelligence services to topple Morsi in early July 2013, Egypt’s current President Abdel Fattah El-Sisi led a coup against the man who appointed him.

According to a 2017 report by Human Rights Watch (HRW), Morsi was arrested and held incommunicado without charge or judicial process for 23 days, when authorities announced an investigation against him.

He faced a series of bogus charges including espionage for Qatar and Hamas, and for breaking out of jail in the chaos of the 2011 uprising, two days after he was illegally detained.

Morsi appeared in court for the first time four months later. Locked in a sound-proof cage, he was not allowed access to his lawyer in violation of due process rights. For the next three years, Morsi was held in solitary confinement during which time he was completely cut off from the outside world.

In the first four years of his incarceration, Morsi’s family was only allowed to visit him twice, once in November 2013 and a second time in June 2017, when he saw his wife and daughter for 30 minutes. His four sons and other relatives were barred from visiting him.

His treatment is typical of an estimated 60,000 political prisoners currently held in Egypt’s growing number of prisons.

A diabetic who also suffered from liver disease, Morsi’s health deteriorated in what he believed was a deliberate strategy to end his life through medical negligence.

On 8 June 2017, Morsi’s defence team filed a complaint to the prosecutor general requesting his transfer to a private health facility for examination, echoing concerns raised by Morsi himself during a court appearance in August 2015 and last May.

There will always be those whose visceral loathing of Islamists of all stripes will trump any logic. At the same time, there were those who saw no fault in Morsi and the FJP. Egypt and the coup: Inside the 11 days that toppled Morsi
Read More »

What I did not expect, however, was that huge grey area in between, that outpouring of sympathy and sadness for what he faced and the indignation at the injustice he endured.

The local and global reaction to Morsi’s premature death will become his resounding legacy. As Egypt slipped into a full-fledged state of military dictatorship, only the truly blind have failed to see how unfairly Morsi was treated compared to the 30-year dictator he replaced.

Mubarak spent the majority of his time in custody in a military hospital, receiving the royal treatment, surrounded by family. He was eventually cleared of all charges (including conspiring to kill protesters in 2011) until he was released in 2017.

If Mubarak dies today, he will likely receive a state funeral in honour of his military background. By contrast, Morsi, who served a contentious year that even his sworn enemies admit was a haven for free speech and civil rights, was sentenced to death and life in prison on trumped up charges, was forced to sleep on the floor in solitary confinement and was denied access to adequate medical care.

The sudden, abrupt and restricted manner in which the Egyptian regime has enforced President #Morsi's burial, raises even more questions regarding the circumstances of his death, and intensifies calls for an independent medical enquiry.#Egypt

Morsi did not receive a state burial. According to news reports, he was quickly interred without a proper investigation into the cause of death. His family was denied a request to bury him in his home village and only his children were allowed to attend his burial. His wife was barred.

The extent of this injustice is hard to fathom on a human level. But it has backfired.

An epilogue to the revolution

Here is what one Coptic Christian Facebook friend, virulently anti-Morsi, had to say in a public post: Why Sisi must go
Read More »

“I believed that his Muslim Brotherhood gang was going to rule Egypt forever and that there will never be another democratically elected government. I really believed that he sold Sinai to Hamas (or Qatar), that he violated the constitution, was a traitor to his country, and that he lost all legitimacy.
His presidency lasted for only one year. Today, I realise that I was caught up in the social media mobbing, the relentless screen-induced outrage that exaggerated every word he said and that completely minimized the facts on the ground or his real popularity … Today, I mourn his death and feel partially responsible for the frenzy that led to his demise. I am sorry.”

My friend was not alone.

Morsi’s death may seem like the epilogue to Egypt’s revolution, the final nail in the coffin of an amputated dream. But it can also signal the start of a new conversation about our values as a nation and the future of this country.

Rania al-Malky
Rania al-Malky is the former editor-in-chief of Daily News Egypt (2006-2012), which was the local publishing partner of the International Herald Tribune. She is currently is a freelance contributor for various publications. 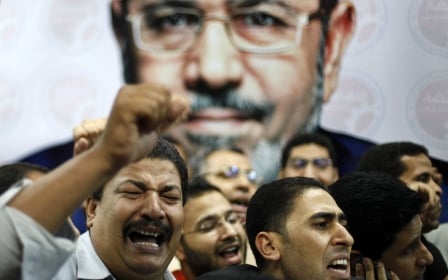 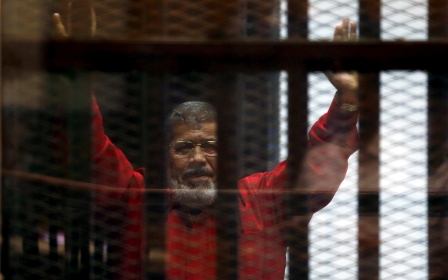