Morocco: Repression is no answer to fear of a new popular uprising

Aziz Chahir
Hundreds peacefully took to the streets to protest Ceuta and Melilla border closures. But beatings and arrests serve as a reminder that government will grant them no quarter 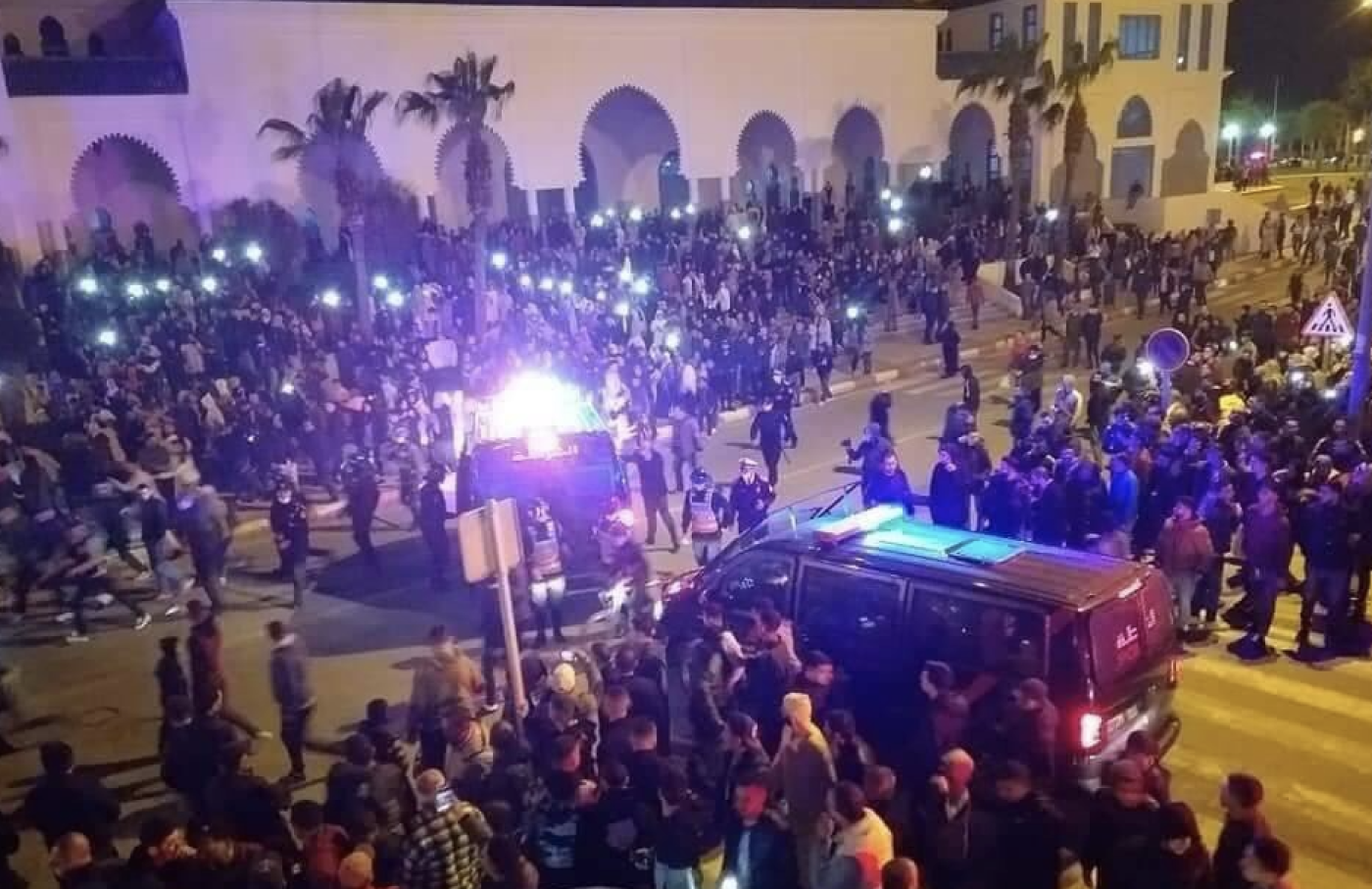 On the evening of 5 February, hundreds of protesters defied freezing temperatures and Covid-19 restrictions to gather in Fnideq, a small town in northern Morocco. Slogans such as “Long live the people, long live the Rif” and “Peaceful protests, repressive authorities” were heard.

The peaceful demonstrations came in the run-up to celebrations marking the anniversary of the birth of the February 20 Movement, Morocco’s popular movement for democratic reform inspired by the 2011 Arab Spring.

For some, it was no doubt a reminder that the Hirak protest movement, triggered in 2016 by the death of a fishmonger attempting to resist local authorities, is firmly rooted in the region and liable to resurface at any place and any time.

Caught off guard by the spontaneous mobilisation of hundreds of demonstrators, authorities resorted to their standard tactic of brute force, beating some protesters and arresting others. In live-streamed videos filmed by Rif activists, officers were seen using batons on women and men alike, whose shouts were drowned out by the blaring sirens of police cars and ambulances that had rushed to the scene.

The truth is, the Moroccan regime's policy of 'law-and-order first' is little more than a foolproof recipe for societal collapse

Anxious no doubt to avoid criticism for this clampdown on peaceful demonstrators, authorities hurriedly released a misguided statement in which the M’diq-Fnideq prefecture claimed that six law enforcement agents had been “injured by stones thrown at them by a group of demonstrators” and 10 civilians had “fainted during a stampede”.

Unsurprisingly, authorities also declared that the protests violated the provisions of the state of public health emergency and were “illegal” due to their “unauthorised” nature.

By playing the “law-and-order” card yet again, King Mohammed VI’s regime appears determined to come down hard on all demonstrations, including peaceful protests such as last Friday’s - despite the dire socioeconomic reality faced by many Moroccans, especially in the north.

The disillusioned crowd of protesters is part of an impoverished community that had suffered in silence the Moroccan authorities’ earlier decision to shut the borders between Morocco and the Spanish enclaves of Ceuta and Melilla, whose sovereignty Rabat refuses to recognise.

With the Covid-19-imposed border closure of March 2020, the smuggling of merchandise at the Ceuta and Melilla crossings came to a grinding halt. The socioeconomic fallout has been enormous, as much of the population in the north relies on smuggling to make ends meet.

But the upsurge of protests in the north cannot be explained by the economic crisis alone. One demonstrator in Fnideq told Middle East Eye that a number of political activists had been arrested, including left-wing political party members and people affiliated with Al Adl Wal Ihsane (Justice and Spirituality), an Islamist association with anti-monarchy leanings.

The demonstrations in Fnideq happened to coincide with 6 February, the anniversary of the death of Abdelkrim al-Khattabi, who founded the Republic of the Rif in the 1920s. The government’s reluctance to reconcile with the Rif in the name of preserving social peace therefore comes as no surprise.

In response to mounting pressure to free Hirak activists, including multiple prisoner hunger strike movements, the government appears to be digging in its heels, refusing to grant pardons in the name of its law-and-order policy. But this strategy could prove risky in the long run, owing to the growing wave of popular support for the Hirak detainees.

The truth is, the Moroccan regime’s policy of “law-and-order first” is little more than a foolproof recipe for societal collapse, with increasingly extremist, violent and even sectarian grievances at its core. 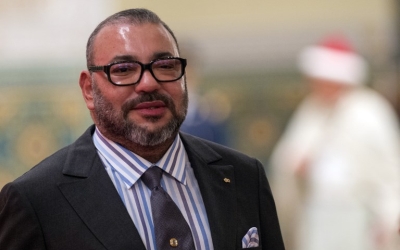 Social protest in Morocco: Does Mohammed VI have a plan?
Read More »

Thus, while prison authorities’ decision, not so long ago, to separate Hirak inmates might have appeared as an unwarranted act of provocation, it was ultimately meant to dissuade the inhabitants of the Rif from joining the protest movement.

Yet, the polarisation and exacerbation of tensions - and the Fnideq demonstrations perfectly exemplify the unacknowledged but creeping roots of the dangers of political separatism - might well strengthen the protest movements in the Rif and elsewhere.

The situation is urgent. It is time for the regime to abandon its authoritarian proclivities, and for Morocco’s political leaders to break the imposed law of silence, with a view to offering credible alternatives to the hardline policies that have never served the interests of the Moroccan people.

Faced with a central government brought to its knees by the devastating effects of the Covid-19 pandemic - and the regime’s slapdash organisation of the vaccination campaign attests to this - the time has come for the securocrats to make way for the politicians, as has been announced with great fanfare by government propaganda. Elected representatives alone have the capacity to counter misery and exclusion through real policy changes.

But while such political tinkering may provide temporary relief, it won’t stop the gangrene from spreading. One may rightly wonder what has become of the policies and projects for development that were launched by the government in 2016, in the wake of the Hirak. For the time being, nought.

This month, the people of Fnideq took to the streets to voice their indignation loud and clear. The government responded once again with its usual law-and-order repression tactics.

And so, an increasingly heavy-handed authoritarian regime, an ineffective central government unable to protect the rights and dignity of its citizens, and a conspicuously silent political class seem to be coming together to form perhaps a perfect storm - one liable to sweep up the rest of the country. 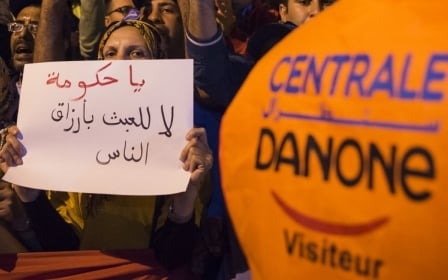 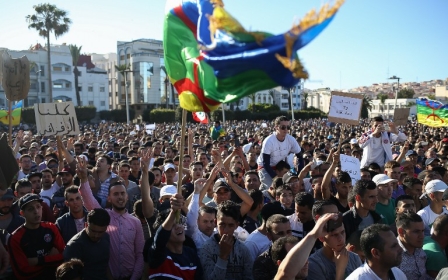 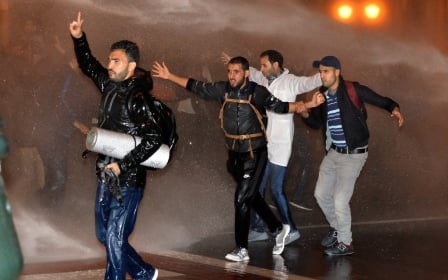