While their origins have mostly been forgotten, author Diana Darke explains how Ottoman culture had a significant impact on Europe 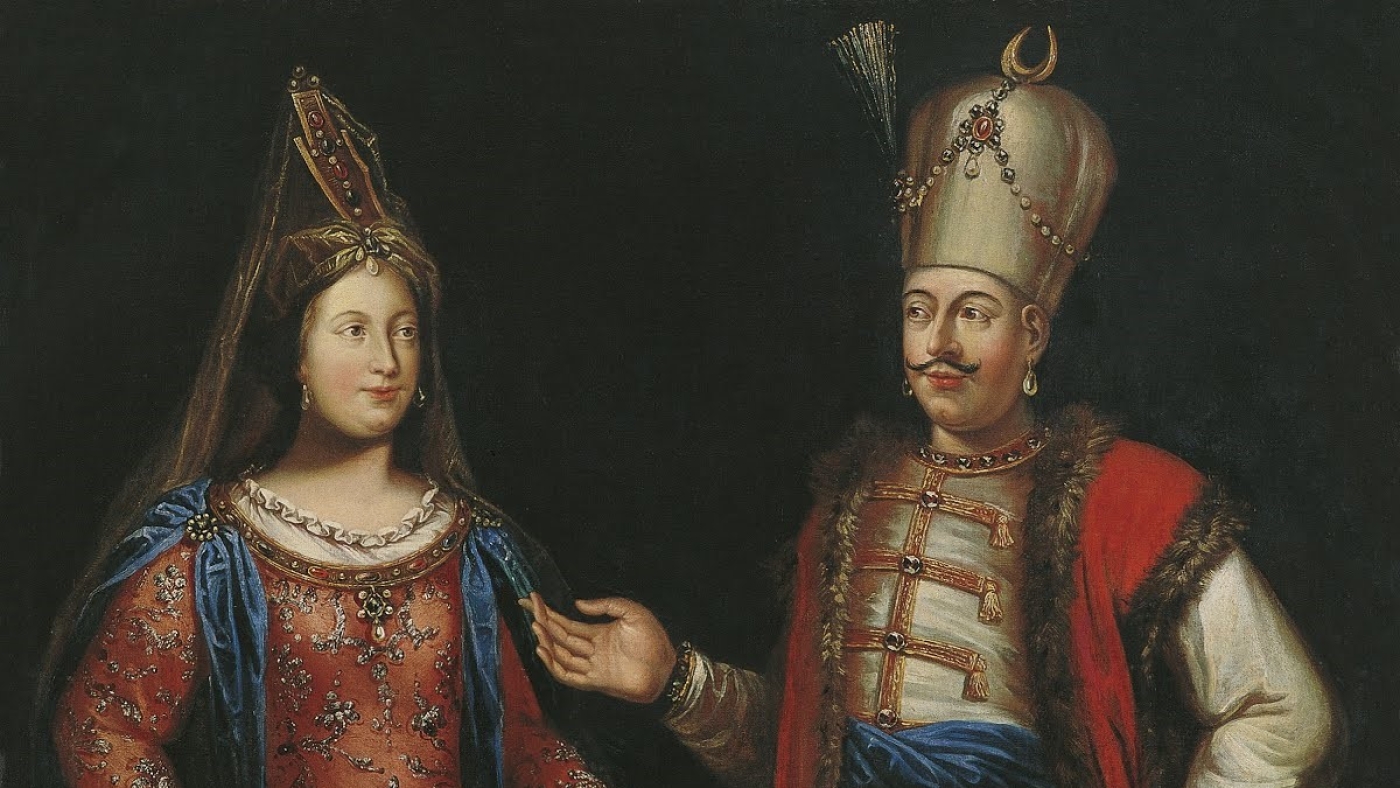 One hundred years on from the official end of their empire on 1 November 1922, it is time to look afresh at the Ottomans.

Lasting over six centuries, from 1299 till 1922, spanning the three continents of Europe, Asia and Africa, and ruling over 70 ethnicities who spoke more than 12 different languages, their empire ruled over an area more extensive than the Byzantines, and for a longer period than the Romans. 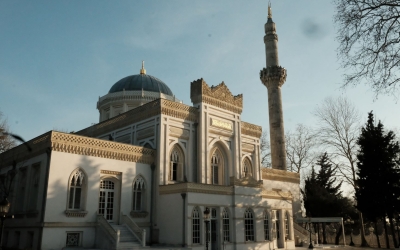 Yet it is as if, as a people, the Ottomans have disappeared, their legacy neglected, sometimes even wilfully ignored.

All too often there has been a distorting focus on the final catastrophic years, at the expense of the broader picture. It is worthwhile, therefore, to consider the reasons behind their remarkable longevity and especially to examine the early years when their guiding principles were being formed.

The empire’s motto, "The Eternal State" or Devleti-i Ebed-muddet, reveals the level of Ottoman ambition.

Stereotypes are hard to shift. Yet the inconvenient truth is that the phrase "the Sick Man of Europe" was first used by a Spanish diplomat describing England in the 1500s, and that during the second siege of Vienna in 1683, some 100,000 Hungarian Christians fought on the Ottoman side, as did thousands of Greeks, Armenians, Slavs and Transylvanian Protestants, disenchanted with the Catholic fervour of the Habsburgs and the feudal levies of their own aristocracy.

Neither side were angels, of course, but the narrative where a valiant Christian Europe battles against a despotic Muslim Orient is a Disney version of history.

An empire of 'communities'

From the outset, the Ottomans attracted a diverse assemblage of people and offered them protection, a philosophy that represented the very opposite of today’s nation-state.

Evidence for their cosmopolitan, inclusive approach is clearly visible to this day, in the architectural legacy of Ottoman city centres across their former empire. Bursa, the first Ottoman capital, was recognised by Unesco in 2014 (better late than never) as a World Heritage Site for its "unprecedented urban planning process" and "the values of the society" it reflected.

It became the model for all future Ottoman cities, designed first and foremost to serve the social, commercial, religious, educational and health needs of the community through its kulliye complex, where the Ulu Cami or Great Mosque was surrounded by khans and souks, alongside schools, hospitals, bathhouses, drinking fountains and soup kitchens.

As the name suggests, derived from the Arabic kull, meaning "all", these facilities were available to everyone, without discrimination - the polar opposite of the English word "college", derived from the Latin lego, meaning "to select", i.e, an institution only for those who have been selected.

The egalitarian nature of Ottoman society, where Muslims, Christians and Jews lived and worked alongside each other, where everyone was valued for the skills they brought to the community, was one of the key factors in Ottoman longevity. Bursa’s bazaar is still buzzing today, and remains the commercial hub of the city.

In the Ottoman world order, merchants and skilled tradesmen were highly esteemed, in recognition both of their value to society, and to the treasury through the revenue they generated.

The pattern was repeated at the second Ottoman capital in Edirne, and then at Constantinople (today’s Istanbul, captured in 1453 by a mixed Muslim-Christian army under Mehmet the Conqueror), where the Grand Bazaar still boasts over 4,000 shops spread across 61 covered streets.

The same community-based approach was apparent in the Ottoman attitude towards refugees. Right from the start – and right up to the end – refugees, be they Muslim, Christian, Jew or any other minority suffering persecution, were welcome to become Ottoman citizens and receive the protection of the Ottoman state.

They were given money and land to help them back onto their feet, in return for becoming – after a suitable grace period - tax-paying citizens, free to worship as they chose and to use their own courts.

Fairness was a guiding principle of government, based on the "Circle of Justice" system, where the sultan, the army and the people all relied on each other. The state acknowledged that its survival depended on the prosperity of its subjects.

Rates of taxation were adjusted to reflect relative prosperity, with rich villages on fertile rivers charged a higher rate than poorer villages close to desert and steppe lands. After droughts, famines or wars, taxes were reduced or even waived in the interests of encouraging economic revival.

Such an approach, to the best of my knowledge, has not survived or been carried over into the 21st century, but many other Ottoman legacies have, often in ways most people do not even realise. Ottoman cuisine, for example, is the basis for what is often referred to as a healthy Mediterranean diet, with names like yoghurt, baklava and kebab bearing witness to their Turkish origins.

The 17th-century traveller Evliya Celebi stated that: "Dining is only found in the Ottoman Empire... none of the food throughout Christendom is worthy of note."

In the enormous kitchens of the Topkapi Palace, 60 cooks were employed, recruited from all over the empire after rigorous testing. The highly sophisticated recipes were kept secret, never written down, based around fresh ingredients.

Coffee shops were popularised across the empire, arriving in the Ottoman capital in the 1550s via Syria from the port of Moccha in Yemen. Suleiman the Magnificent, himself a great lover of the drink, instituted the associated rituals under the "chief coffee maker", including special ceramic cups exquisitely crafted in the kilns of Iznik and Kutahya.

From Istanbul, coffee-drinking spread all over Europe after the failed second siege of Vienna led the Ottoman army to abandon huge quantities of provisions, including a sackful of coffee beans.

No one on the Habsburg side knew what to do with them, apart from one Polish officer who had been an Ottoman prisoner for two years. He is credited with giving Vienna its taste for the drink, still served to this day "wiener art" ("in the Viennese way"), with a glass of water, exactly as it was in Ottoman times.

By 1700 there were around 500 coffee shops in London, known as "penny universities" because a cup of coffee cost just a penny and gave access to the great minds of the day discussing weighty topics.

Turkish coffee today is claimed by virtually every Balkan country as well as the Arab provinces, reincarnated as Arab, Greek, Bulgarian, Albanian coffee and so on, with its familiar rituals of hospitality and friendship.

Other lifestyle legacies of the Ottomans are magnificent tents, ancestors of today’s marquees, honed from centuries of nomadic migration as multifunctional spaces of great flexibility. Some of the finest were covered in silk, silver and gold thread embroidery of an almost theatrical splendour, depicting tile-like panels of paradisiacal gardens full of tulips, the symbol of the Ottomans.

European rulers including the French king Louis XIV were huge fans of the Ottoman tent, and tents "a la Turque" became fashionable as venues for grand parties. The Turkish word "kosk" (from which the English kiosk derives), is a natural extension of the tent culture, gradually evolving into a kind of garden pavilion where coffee and other beverages were served, like modern conservatories.

The padded couch with internal storage still called an "Ottoman" today, was a highly versatile item, traditionally heaped with cushions, another nomad legacy where furnishings had to serve many purposes. 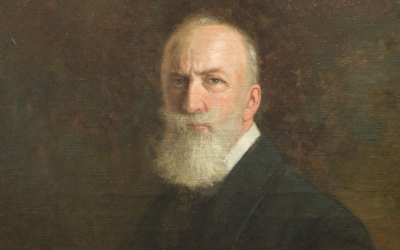 Clothing was likewise designed for comfort and flexibility. Women’s garments in particular were very influenced by Ottoman flair and practicality, with Queen Victoria’s granddaughter Alix of Hesse, the last empress of Russia, wearing a loose-fitting kaftan at her coronation in 1896 in stark contrast to the corseted dresses of her high society guests.

Kaftans went on to become popular as part of the "hippie trail" culture of the 1960s. Beneath their colourful robes, Turkmen women wore the same baggy salvar trousers as the men, so that they could fight alongside them astride their horses, even with babies strapped to their backs.

Early feminists, after first seeing the trousers in Ottoman lands, brought them to England, from where they spread to America, renamed "bloomers" after women’s rights advocate Amelia Jenks Bloomer, their Ottoman origins forgotten.

Towels, originating in Turkish baths as absorbent strips of cotton cloth with loops (the Turkish for towel is havlu meaning "with loops") only became widely affordable in the West when the English firm Christy & Sons, after stumbling upon them in Istanbul’s Grand Bazaar, industrialised their production in the 1850s.

The cuisine and the coffee, the towels and the tulips are with us still, enriching our lives on a daily basis, but fewer and fewer people are still alive who can remember that other unique Ottoman cultural legacy - how it felt to live in those hallmark multi-ethnic and multi-religious cities all across the empire, from Izmir, Thessalonica, Jerusalem to Damascus, Aleppo and Istanbul itself.

Diana Darke is the author of "The Ottomans: A Cultural Legacy", which is published by Thames and Hudson. 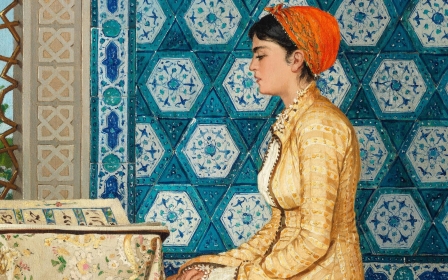 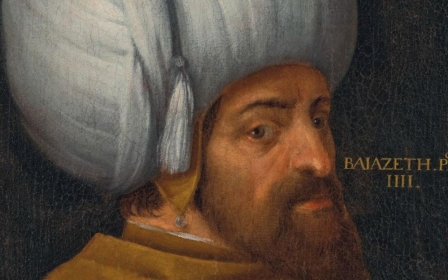 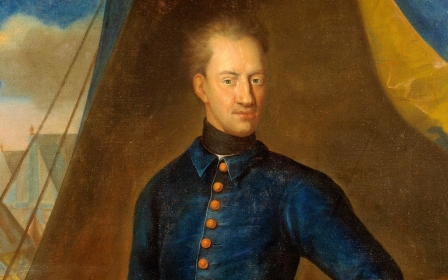