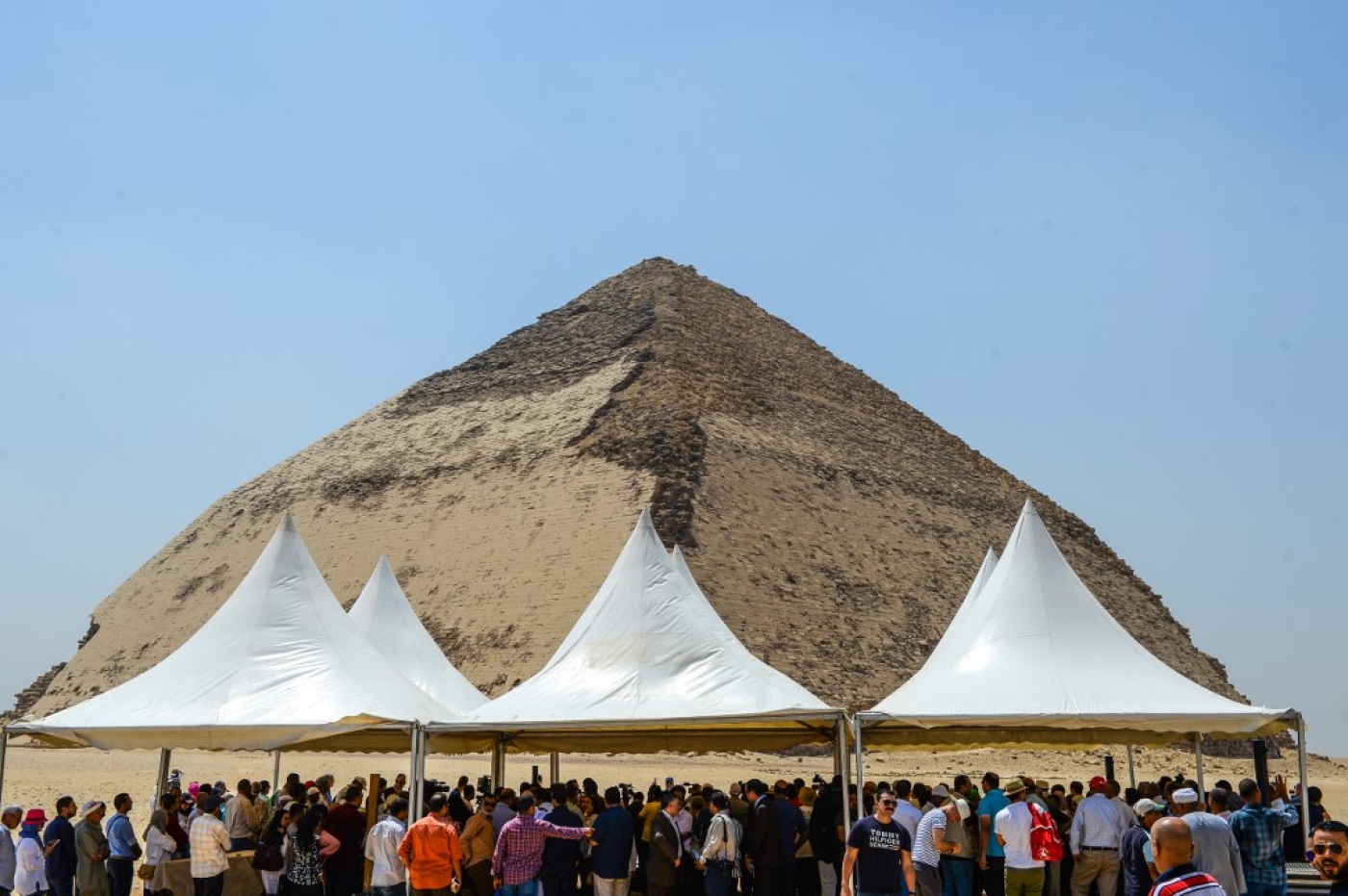 Egypt on Saturday opened two ancient pyramids south of the capital Cairo and unveiled a collection of sarcophagi, some containing well-preserved mummies.

Antiquities Minister Khaled al-Anani told reporters that the Bent Pyramid of King Sneferu, the first pharaoh of Egypt's 4th dynasty, and a nearby pyramid would be reopened to visitors for the first time since 1965, AFP reported.

The Bent Pyramid, a 101-metre structure just south of Cairo, marks a key step in the evolution of pyramid construction. Tourists will be able to clamber down a 79-metre (86 yards) narrow tunnel from a raised entrance on the pyramid's northern face, to reach two chambers deep inside the 4,600-year-old structure, Reuters said.

The Bent Pyramid is one of two built for Sneferu in Dahshur, at the southern end of the Memphis necropolis that starts at Giza. Its appearance is unusual. The first 49 metres, which have largely kept their smooth limestone casing, are built at a steep 54-degree angle before tapering off in the top section.

The angular shape contrasts with the straight sides of Sneferu's Red Pyramid just to the north, the first of ancient Egypt's fully formed pyramids and the next step towards the Great Pyramid of Giza.

Anani also said a team of archaeologists had uncovered sarcophagi and the remains of an ancient wall dating back to the Middle Kingdom, about 4,000 years ago.

"Several stone, clay and wooden sarcophagi were found and some contain mummies in good condition," the antiquities ministry said in a statement.

The ancient wall stretches about 60 metres and is situated south of the pyramid of 12th dynasty pharaoh King Amenemhat II, also in the Dahshur necropolis.

The finds also included funerary masks as well as tools dating back to the Late Period - which spanned almost 300 years up to Alexander the Great's conquest of Egypt in 332 BC - used for cutting stones, the ministry said.

Egypt has in recent years sought to promote archaeological discoveries across the country in a bid to revive tourism, which took a hit from the turmoil that followed its 2011 uprising. 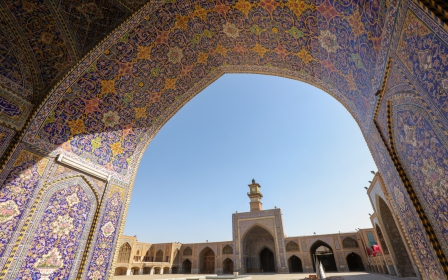 Heritage
In pictures: How Iran's mosques have shaped its cities 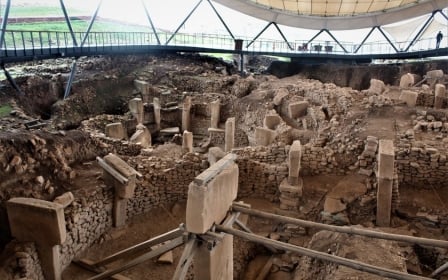