On the fringes of Turkish society and lacking a reliable safety net, Syrians may be forced home by the economic crisis 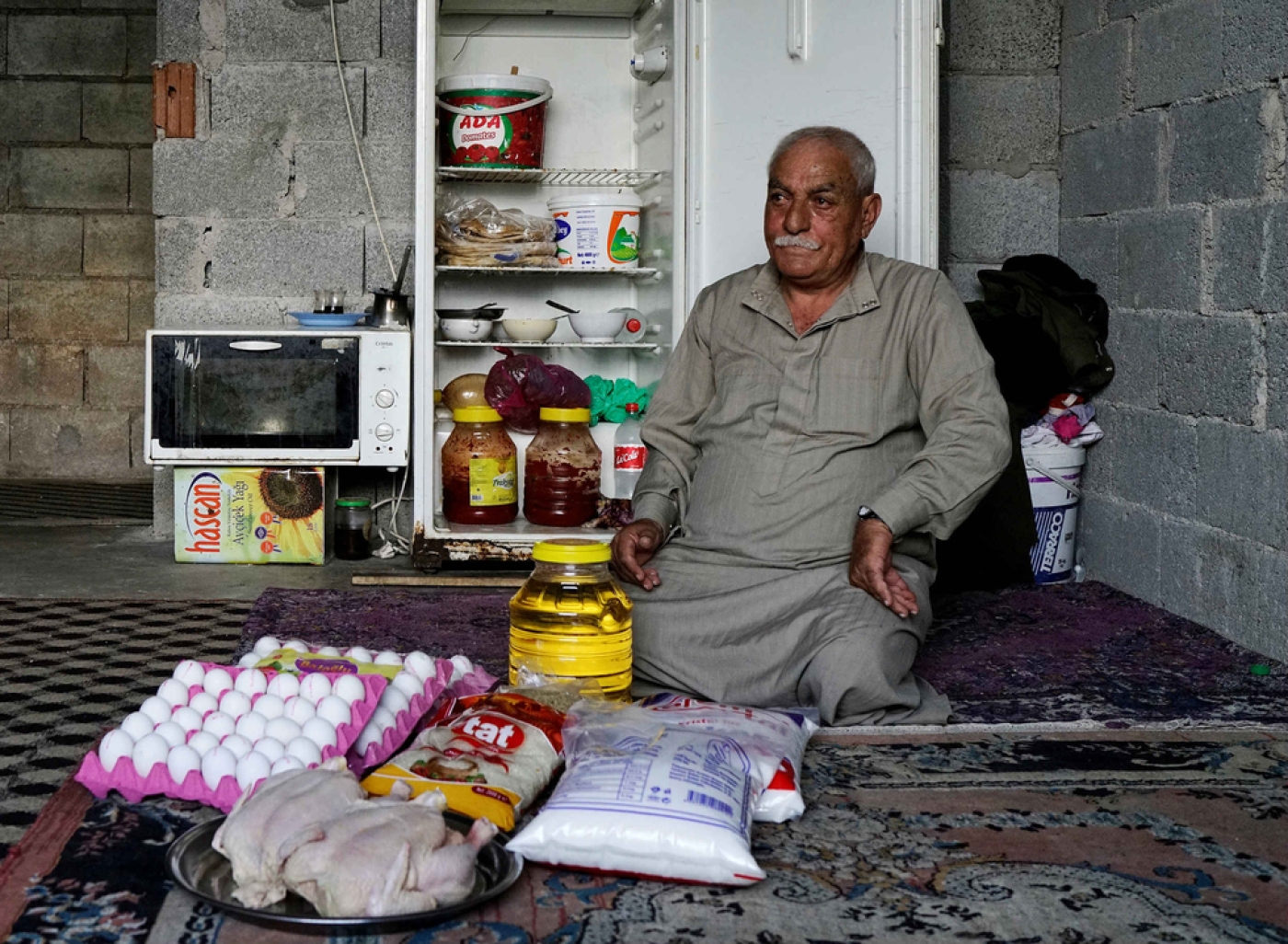 GAZIANTEP, Turkey – The lira crisis has raised prices, heightened uncertainty and sent a chill through much of Turkish society, including Syrian refugees, who are some of the country's most vulnerable communities.

Around three million Syrian refugees live across Turkey after fleeing their country's seven-year war. Just under 10 percent of them live in formal camps.

The rest live in Turkey's towns and cities, some integrating into Turkish society, others living in a parallel Syrian one.

Many survive off informal work and as a result live hand to mouth without any social security system to protect them.

And though refugees get assistance from schemes backed by the United Nations, the Turkish Red Crescent and the European Union, the majority are still highly vulnerable.

As a result, Syrians are likely to be some of the hardest hit by the economic crisis that Turkey is going through.

I must say that if this situation lasts, the majority of Syrians will be in trouble

"I must say that if this situation lasts, the majority of Syrians will be in trouble," Mohammad Omran, a Syrian former economics professor at Aleppo University, told Middle East Eye.

"Almost everyone gets paid in lira like normal Turkish workers," Omran, who now works as a consultant for a commercial office in southern Turkey’s Gaziantep, said.

"But because we have no legal system for our work here - health and social insurance, for instance - employers won't be under any pressure to increase the minimum of Syrian workers' wages, and they [the workers] will struggle massively to reorganise their lives under this new catastrophic crisis."

Unless the crisis is solved, Omran said, food, transportation and rent prices will rise and rise, which could see Syrians begin to return to their country.

Omran predicted that the average price of a family home could rise from 900 liras ($150) a month to 1,500, pushing more Syrians under the poverty line.

"What the authorities must do to rescue millions of Syrians, as well as the economy, is to recover the normal exchange rate as soon as possible," he said.

"And set legislation for employers to forcibly include Syrians in the insurance system... in order to provide humane working conditions that are the same as their Turkish colleagues."

Such an outcome is unlikely for the refugees, according to Turkish economist Mustafa Sonmez.

"In the case of Syrians, I don't think the Turkish authorities will act at the moment to enhance their situation and strengthen their position during this crisis.

"The government's focus nowadays is on recovering the lira through international support and by restoring credibility. Anything Turkey's treasury minister is doing at the moment is to empower local business first."

"It is a hard equation that cannot be solved easily," Ahmad Magrabi, a 29-year-old Syrian builder, told MEE.

On average, Syrian men earn around $95 less a month than their Turkish counterparts. Syrian women earn $140 less than men. The average Turkish wage is 2,850 lira, or $470.

"I work for more than 11 hours a day with one day off – Saturday - and get only 1,200 liras [a month]," said Magrabi, who supports his four brothers and mother alone.

"I continue my work because I have my family, which has no one to feed them but God and me."

Magrabi has been in southern Turkey for three years, and although his earnings have not been enough to provide his family with all their needs, they have been enough to live on.

Now that has begun to change.

"We could survive until recently when the shock of the lira crisis started to take hold," he said.

"The prices of most food, vegetables and even bread have increased over the course of the past few weeks. We used to get bread for 1.5 lira and now it's two lira. Eggs, milk and everything have had their prices increasing at different rates, too, which has made our lives more difficult."

Previously, many Syrians preferred to buy their groceries in Syrian-run shops, where goods were generally cheaper.

Now, Magrabi said, it's the opposite, and he and others have begun visiting Turkish shops instead to get cheaper prices.

He accuses Syrian store owners of hoarding goods, only to raise prices up when crises hit.

I despise the Syrian shops because they are greedy and unethical, they wait for such crises to take place so they at once increase their products’ prices

"I despise the Syrian shops because they are greedy and unethical. They wait for such crises to take place so they at once increase their products’ prices," he said.

"Even the fast-food stall increased its prices on things such as falafel and foul [beans]... it's unacceptable."

"Why are they raising it now? To get more profits!" Magrabi raged.

"I don't think it's related to the currency collapse more than their willingness to take advantage of the country's shaken situation to earn more money."

Syrian labourers aren't the only ones feeling the pinch.

Murad Almane, a 43-year-old businessman from Aleppo, has been in Turkey for six years.

He fled his city after being kidnapped by a pro-Syrian government gang, who released him when his family paid a ransom.

Luckily for Almane, he was able to re-establish the food production business he inherited in Gaziantep. Now he produces dairy and olive oil-based products which are distributed across the country.

"In the old days there used to be more demand for the products we usually produce, such as cheese, yoghurt, oil, butter and many others," he told MEE.

"Costs were reasonable, whether for production or transportation, which made the sales prices affordable for normal people."

Now, however, the lira's dreadful exchange rate with the US dollar has caused the price of wheat – with which farmers feed their cows – to shoot up, hitting the dairy side of the business.

Fuel prices have increased slightly too, as well as electricity, the price of which was officially raised by 16 percent last month.

"Because of these factors we had to raise our products' prices. Even eggs, for instance, used to be sold for 10 liras per pack, but now are being sold for 16 lira. Milk, cheese and so on will all eventually increase."

Though Magrabi accuses Syrian businesses of raising prices, Almane stressed that he can't increase them as much as would be fair, and his business is suffering as a result.

The businessman said that in Syria he was used to shifting prices depending on the economic situation. Strict Turkish rules and regulations keep him from repeating the tactic today.

Almane complains that large Turkish stores such as Migros are not threatened by their inability to raise prices thanks to their wealth and connections.

Meanwhile, for smaller businesses such as his, the plummeting lira has had devastating effects.

"With the change in currency I already lost half of the business's value during the last month alone," he said.

"Frankly, much like Turkish people, we Syrians aren't happy with the currency devaluation.

"It is more damaging for us than them though, because they have leverages we don't have as we are still treated as foreigners."