How Egyptian despots are defiling history

Basheer Nafi
Changing the name of Cairo's Selim I Street will not change the past, and is nothing but a naive and barbaric measure 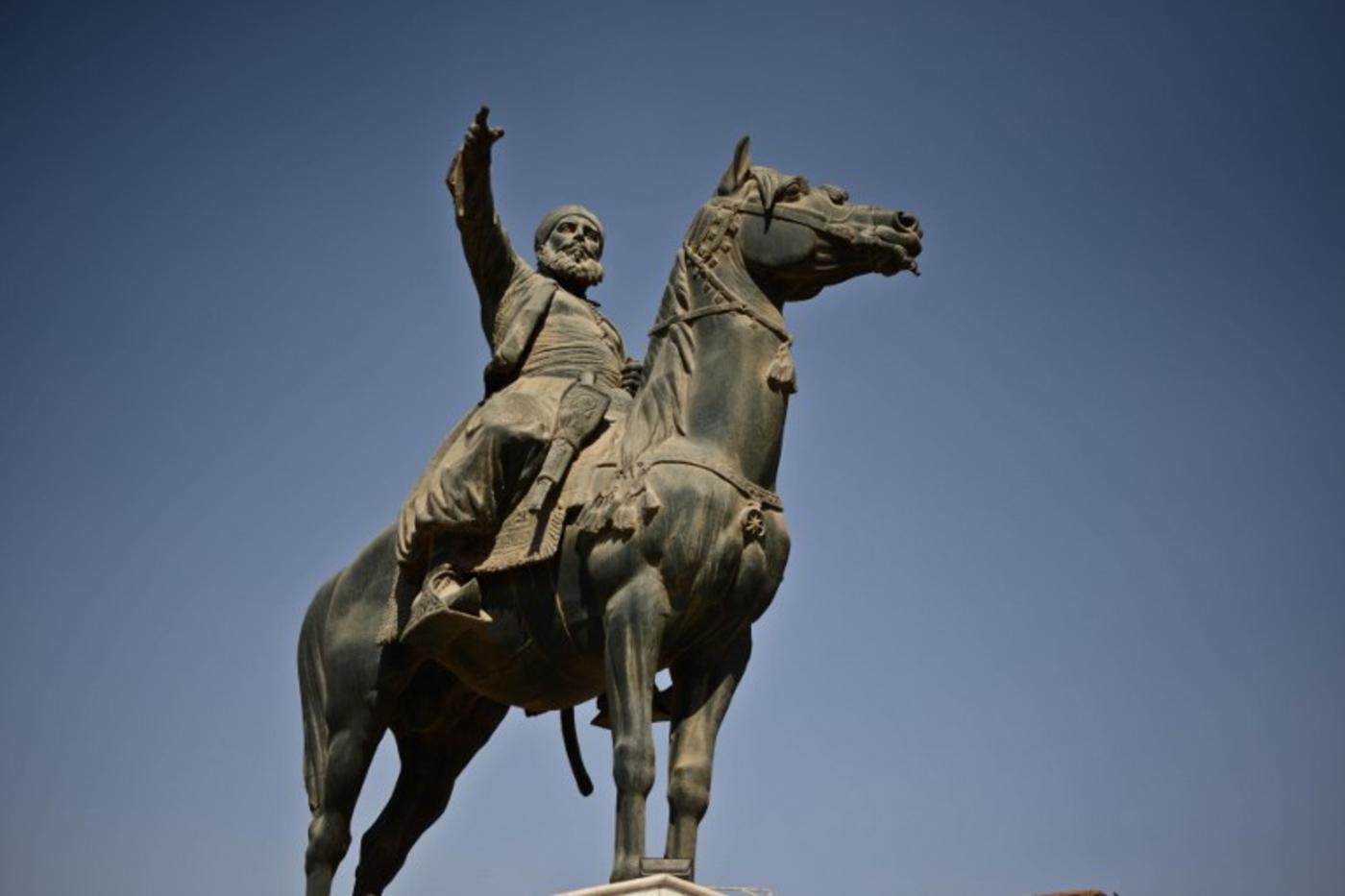 A kind of similarity exists between the UAE foreign minister's recent insult to the memory of Fakhri Pasha, commander of the Medina garrison during World War I, and the decision by Egyptian authorities to change the name of Selim I Street in Cairo's al-Zaytun district.

Political motivations, especially pertaining to the intense animosity between the United Arab Emirates and Egypt on one side and Turkey on the other appear to be behind both incidents. The UAE foreign minister is not known for his expertise in Ottoman and World War I history, nor is the memory of the 16th-century Ottoman conquest of Egypt recent enough to impact on the Egyptian national identity.

But the two incidents are also somewhat dissimilar. In the Pasha incident, the Emirati foreign minister re-tweeted a boorish, insulting tweet by an anonymous person suspected of having connections to the UAE. The announcement by the governor of Greater Cairo to change the name of Selim I Street, meanwhile, was instigated by an Egyptian historian and university professor.

According to local authorities in the Egyptian capital, the provincial governor responded to a report by Muhammad Sabri al-Dali, a professor of contemporary history at Hilwan University, who noted that Sultan Selim I was "the first coloniser of the country [Egypt]; that he was the one who stripped it of its independence and turned it into a mere province of the Ottoman state; and that he was the one who executed the last Mamluk sultan, Tuman Bay, and dissolved the Egyptian army".

Muhammad Ali, who is occasionally described as the founder of modern Egypt, was not Egyptian, nor were any of its rulers since the end of the pharaonic era until the coup of July 1952

As such, the professor argued, the Ottoman sultan did not deserve to have a street in Cairo, or any other Egyptian city for that matter, named after him. The governor accepted the recommendation and announced - in a rare democratic action - that he would begin consultation with the street's residents to select another name.

To the best of my knowledge, the decision did not trigger any public debate during the four weeks that followed its announcement, neither in the media nor academic circles. Considering what Egypt is currently going through, one may understand Egyptians' lack of interest in this matter.

In a country living under the control of a fascist coup officer who has ordered the detention of tens of thousands of people, with or without trial, and given free rein to his security agencies to assassinate or kidnap his opponents, a country whose citizens are living through nightmarish economic hardships and have lost hope for the future, it would be rather difficult for anyone to pay much attention to the regime's decision to change the name of a street.

History as a tool for political objectives

Yet, the issue does deserve some attention for the manner in which history is being used as a tool to accomplish short-term political objectives.

Selim I came to Egypt as a conqueror in circumstances of fierce conflict over the future of the Arab–Islamic Middle East. The Ottoman state was born out of a jihadi ideology that developed in frontier outposts. Its main push was in the direction of the Byzantine Empire and the non-Muslim kingdoms of the Balkans, avoiding conflict with the Islamic kingdoms in the Iranian plateau, Iraq, Syria and Egypt.

However, the emergence of the Safavid state in Iran and the threat it posed to the Ottoman realm, both in terms of geopolitics and sectarianism, compelled Selim I, who ruled from 1512 to 1520, to face the dangers in his Islamic neighbourhood. He dealt first with the Safavids, and he perhaps might never have gone to war with the Mamluks had it not been for their evident collusion with the Safavids.

The Mamluks could not stand long before more tactically and technically advanced Ottoman forces, neither in the battle of Marj Dabiq in northern Syria nor at the gates of Cairo in al-Raydaniyya. Yet, even after the entry of Selim I and his troops into Cairo, Tuman Bay, the last of the Mamluk sultans, continued to attack the Ottoman forces, adopting a sort of guerrilla warfare.

This is what rendered the Ottoman conquest of Egypt, especially during its early period, particularly bloody - unlike the situation in Syria, where scholars and dignitaries welcomed the Ottoman takeover.

The lens of national identity

Egypt, however, was not seen at the time through the prism of nationalism and national identity. During the 16th century, the world order was still shaped by multi-ethnic, multi-confessional and mutil-sectarian imperial or sultanic systems. The ruling classes within these imperial or sultanic states were composed of professional elites, as in the Ottoman and Mamluk cases, or of devoted followers, as in the Safavid case.

The Ottoman invasion of Egypt was not, at its essence, a war between the sultan and the people of Egypt, but rather between the professional armies of the Ottomans and the Mamluks. The majority of Ottoman troops were not Turks, just as the Mamluks were not Egyptian, neither in an ethnic nor a modern nationalistic sense.

Egypt's local inhabitants did not play an effective role in the war; those killed during the early days of the conquest were victims of the vicious battles that raged within Cairo or were among the small numbers of Egyptians loyal to the Mamluks.

The Mamluks did not defend Egypt and its independence, nor did they defend its national identity and sovereignty. For the Mamluks, Egypt was an acquisition, and as soon as the new authorities endorsed their privileges, they resumed their previous role and continued to rule Egypt in the name of the Ottoman sultanate.

If such history escaped the governor of Egypt, how could it have escaped the university professor?

More astonishing, still, is that Selim I is not Egypt's only conqueror whose name is borne by one of the streets or a monument in a major Egyptian city. Two streets in two Cairo districts bear the name of a Persian emperor who invaded Egypt and seized control of it in the sixth century BC. There is also a street in Alexandria bearing the name of Alexander the Great, the Macedonian conqueror of Egypt who put an end to its pharaonic era. In fact, the name of the city is derived from his name.

The people who shaped Egypt

A prominent street adjacent to al-Azhar Mosque bears the name of the commander Jawhar al-Siqilly, who seized control of Egypt on behalf of the Fatimids. Egypt's first and biggest mosque is, of course, the mosque of Amr ibn al-Aas, the Arab Muslim conqueror of Egypt. Another, the third of Egypt's all-embracing mosques, bears the name of Ibn Tulun, the Abbasid military governor with Turkish roots.

Muhammad Ali, who is occasionally described as the founder of modern Egypt, was not Egyptian, nor were any of its rulers since the end of the pharaonic era until the coup of July 1952. Should all these names be removed?

These are the people who shaped Egypt's history, formed its heritage, and marked its features across the centuries. The fact that they were not originally Egyptian, and the question as to why they chose to come to Egypt, should indeed be the job of historians and the subject of history seminar rooms.

However, to remove their names and to believe that changing the names of streets will change history, is nothing but a naive and barbaric measure.

Photo: A picture taken on 17 June 2015 at Cairo's Salaheddine Citadel shows a statue of the Ottoman Empire's governor of Egypt, Ibrahim Pasha (AFP) 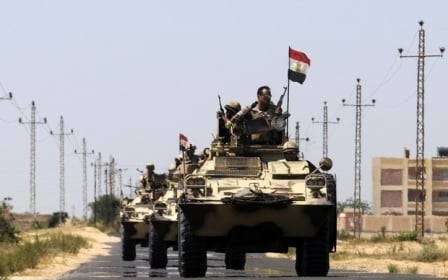