US elections 2020: With Biden's narrow win, Democrats must do some soul-searching 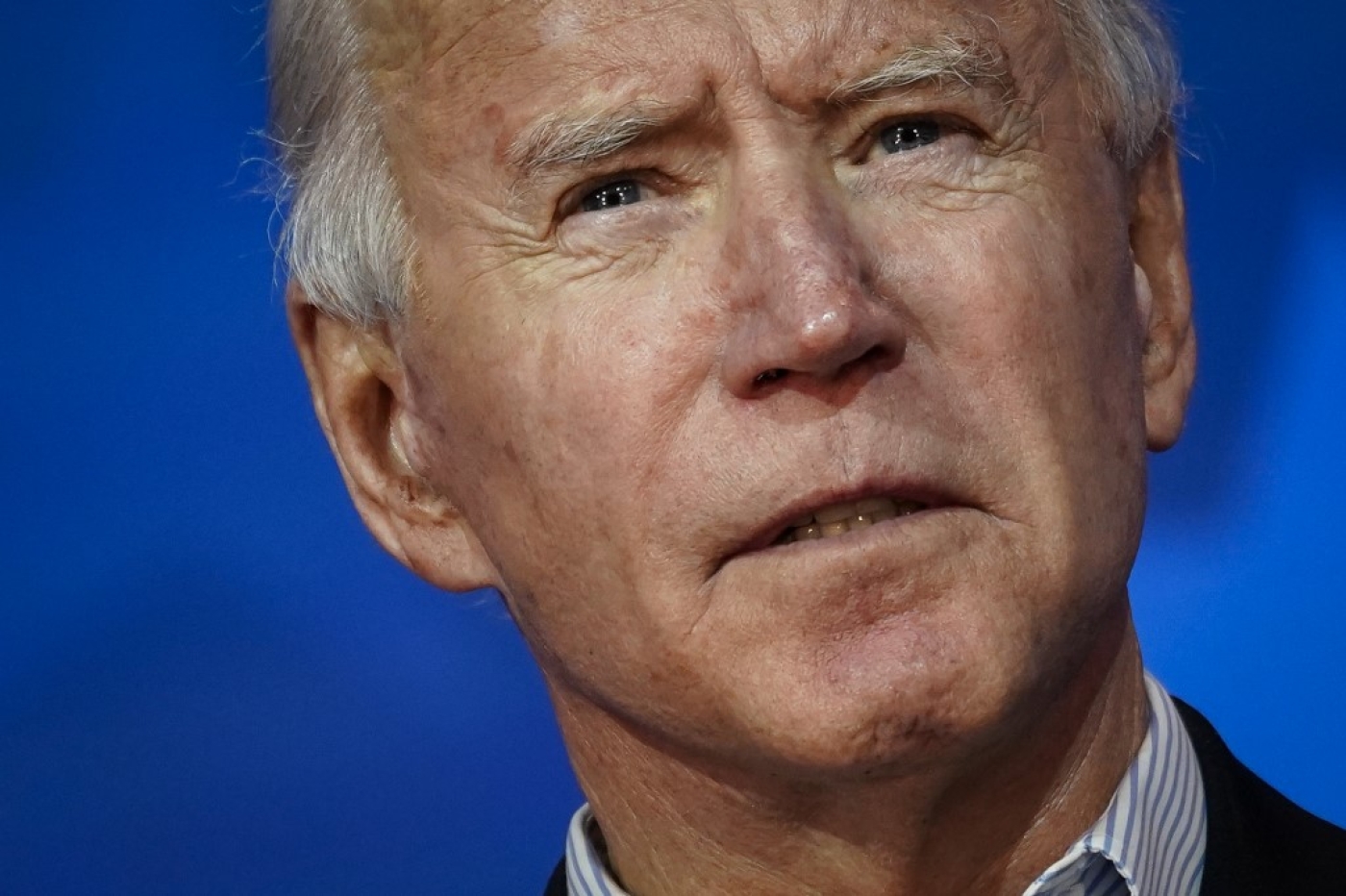 Democratic presidential candidate Joe Biden appears to have won the 2020 election. If current voting trends continue, he will have beaten the incumbent, Donald Trump, in a “squeaker”. Though the official results may not be known for a few days, the Democrat is ahead in many of the key states necessary for victory.

The drama of election night, as the results came in and Trump initially appeared to be ahead in many states, was almost unbearable. Americans had been led to believe by almost all the polls that the election would result in a comfortable victory for Biden, perhaps even a rout. It wasn’t. The actual margin of victory will be exceedingly slim in the final states Biden appears ready to claim.

But why? Given the almost-universal belief among presidential historians that Trump is by far the worst president in the nation’s history - and that says a lot, considering how bad some have been - how did this race end up being so close?

Trump botched the Covid-19 pandemic response, with nearly 250,000 deaths and another 150,000 possible before a vaccine is available. The economy is in shambles for the average worker (although billionaires like Jeff Bezos and Elon Musk have been raking in hundreds of billions of dollars), with unemployment at staggeringly high rates. Financial relief is bottled up in a Republican-dominated Senate.

Trump’s presidency has been one of the most corrupt in US history. He is only the third president ever to be impeached. Abroad, the US has become at best a conundrum, and at worst a laughing stock - even to our closest allies.

Given the shambles that Trump made of the country, why was the result so close? This goes to a crisis of the Democratic Party's own making

During the campaign, Trump mounted no policy agenda. He offered no vision for the nation. When asked about his plans for a second term, he couldn’t articulate them. His entire platform was based on anger, petulance and grievance.

He has routinely accused his Democratic opponents of stealing the election. He called his opponent a criminal who deserved imprisonment. He was far more interested in ginning up conspiratorial claims about Biden and his son than in proposing policies by which he would govern if he won.

Given the shambles that Trump made of the country, why was the result so close? This goes to a crisis of the Democratic Party’s own making. The party is divided between an older generation aligned with corporate interests and Beltway power brokers, and a younger insurgent faction with a progressive vision that threatens the prerogatives of party elders.

During the primaries, when it appeared that progressive standard-bearer Bernie Sanders might be able to beat Biden, the party mandarins - including figures such as former President Barack Obama - pressured most of the moderate candidates to drop out of the race. This consolidated things and left Biden with a clear path to victory.

Most voters were so desperate to get rid of Trump that they preferred a known, if used, quantity over a candidate who proposed radically reshaping society.

As a result, the Democratic candidate was, at 77, the oldest ever to run for the presidency (admittedly Sanders is even older). Biden, while an affable “happy warrior” who had challenged for the office numerous times, ran a subdued race, in part due to Covid-19 restrictions (Trump ignored them for the most part).

The Democrat candidate's political agenda never strayed from a centrist programme, rejecting much of the radical vision of younger leaders, such as Alexandria Ocasio-Cortez, who proposed a Green New Deal, free college tuition, Medicare for all, and disbanding the current punitive law enforcement model opposed by the Black Lives Matter movement.

Biden was a soporific, and at times unfocused, candidate. There was little enthusiasm among voters, and even among the party faithful. The only urgency motivating Biden’s supporters was getting rid of Trump, rather than a compelling message offered by their candidate. Campaigns based on voting for the lesser of two evils don’t generate the sort of movements that sweep parties to power.

While it is true that voter turnout was historically large - on track to break century-old records - this indicated that both sides were mobilised, but did not give Democrats a decisive advantage.

Congressional races went even more poorly for Democrats. One of the nation’s leading pollsters, just prior to election day, gave them a 75 percent chance of taking control of the Senate. In a handful of races, vulnerable Republican candidates faced young Democratic challengers who led in the polls, but most appear to have lost to the incumbents. 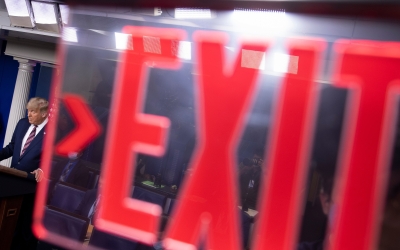 If Democrats do not gain control of the Senate, which seems likely, this would have a devastating impact on their hopes of eradicating the worst vestiges of Trumpism. A Republican-controlled Senate can stall all federal judicial appointments, after Trump appointed hundreds of extremist nominees, and can stifle the president’s legislative agenda. It can also reject nominees for key cabinet positions.

In the House, where Democrats enjoyed a 36-seat advantage after sweeping the 2018 elections, Democrats lost at least five seats. It is almost unheard-of for the House majority to lose seats in a presidential election in which it wins the presidency. Once again, it shows the sclerotic rule of elders such as Speaker Nancy Pelosi and her deputy, Steny Hoyer, who offered no clear alternative vision for the country.

The upshot is a country reeling from the dysfunction of four years of Trumpism. Democrats hoped for a sweeping mandate to clean house and restore constitutional government, rule of law and democracy. Instead, they’ve elected a president who will have to pick his way carefully through a minefield of congressional factions and fiefdoms, with a weakened Democratic House majority and an almost evenly-split Senate.

Perhaps the worst outcome is that Trumpism, even if Trump himself has lost, was not decisively rejected. Democrats meant to drive a stake through the heart of Republican white supremacism. Instead, this wing of the party will continue to exercise influence. Future presidential candidates will seek to nurse the same totalitarian, violent and racist impulses that Trump exhibited. In short, the nightmare is not over, it’s just taken a different form and could rear its ugly head again in another four years.

Sharing the levers of power

If there is any silver lining, it is that key states that were solidly red for generations, such as Texas, Arizona, Virginia, North Carolina and Georgia are gradually turning blue as their demographics change. This represents the single greatest shift in regional party loyalties since the Democrats lost the south during the civil rights era. If the party can nominate candidates to inspire Hispanic, Black and younger voters in these new battleground states, they will have a better chance of success in future national elections.

The left wing of the party has also expanded with major House victories. It offered a true progressive candidate in Sanders, which the party mandarins rejected, to their detriment. Even though Ocasio-Cortez and her colleagues in the “Squad” are the British parliamentary equivalent of backbenchers, they represent the future. They will either sweep to power in upcoming elections, or the elders will squelch them, which would be a disaster.

Now progressives can go the party and legitimately say: your message hasn't resonated. Ours has. We've earned the right to share the levers of power

The argument for a progressive agenda has been strengthened. This wing of the party won elections and flipped seats previously held by moderate Democrats or Republicans, while the moderate wing lost ground. Now progressives can go the party and legitimately say: your message hasn’t resonated. Ours has. We’ve earned the right to share the levers of power.

The Democratic Senate leader, Chuck Schumer, offered a lacklustre performance. His colleagues there should take stock of this. There has even been talk of Ocasio-Cortez’s future ambitions, with some urging her to challenge either Schumer (they represent New York in the House and Senate respectively), who faces re-election in 2022, or the state’s autocratic Democratic governor, Andrew Cuomo, in a future race. Right now, her stock is surging, and she is the hope of the future. 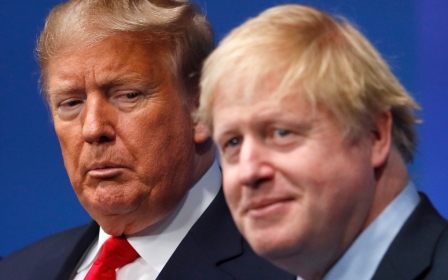 US Elections 2020
US elections 2020: How Boris Johnson could follow Donald Trump out of office
Peter Oborne 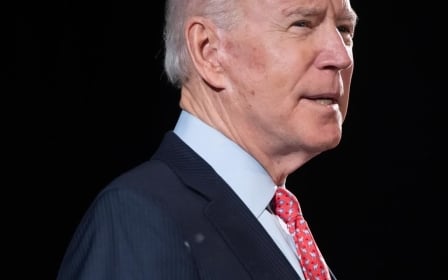 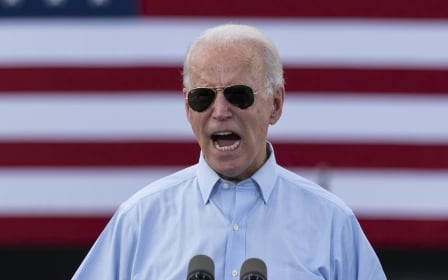 US Elections 2020
Can Joe Biden avoid creating a Trump on steroids in 2024?
Marco Carnelos