Why France is losing influence in the Maghreb and Sahel 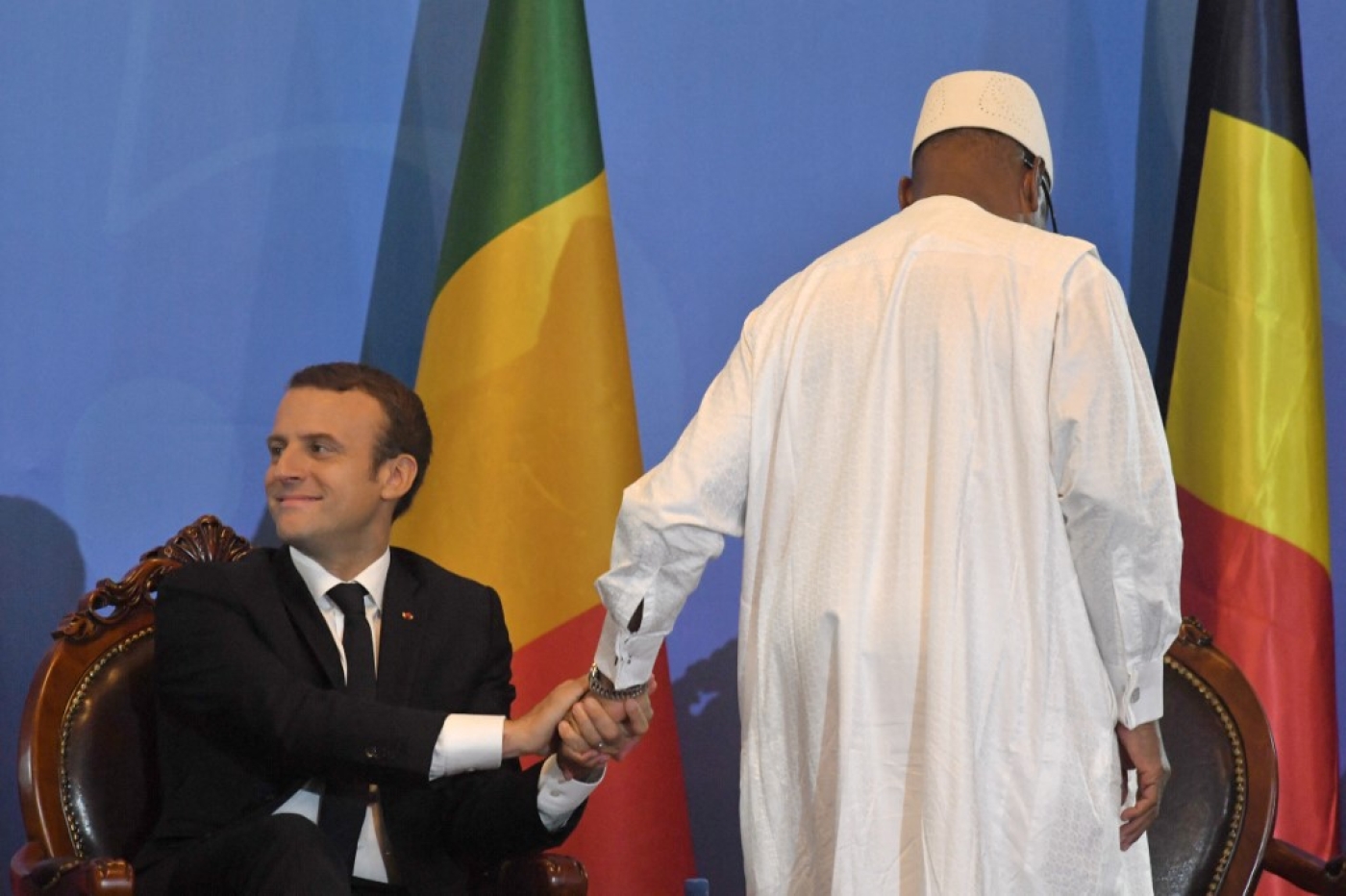 When Emmanuel Macron entered the French presidential race five years ago, he cast himself as the candidate of change. An independent, unbound by traditional party politics, he seemed to see France’s colonial history from a new perspective and to be in favour of innovative solutions. His voice was unexpected - and resolutely modern.

The French presidential hopeful even pronounced words that no French president, even on the left, had ever dared utter, describing the French colonisation of Algeria as a crime against humanity.

French exports to Africa represent barely a quarter of those of the Chinese, despite China’s relatively recent arrival on the continent

Five years later, the self-same Macron, in his current role of president of France, has made incredibly condescending statements questioning Algeria’s pre-colonial identity as a nation.

Touching on a difficult topic if ever there were one - the colonial past of Algeria - his remarks sparked widespread anger among Algerians.

The angry response is the consequence of a fundamental divergence of opinion on a highly sensitive subject. Because to question the existence of an Algerian nation before French colonisation is tantamount to implicitly justifying colonialism itself.

How did Macron’s spectacular reversal come about? How could a man who formerly held such unconventional domestic and international political-economic views use rhetoric questioning not only the notion of the existence of a pre-colonial Algerian nation, but suggesting a rift between President Abdelmadjid Tebboune of Algeria and the Algerian military?

Can it be put down to a simple gaffe, or to a new spinning of history aiming to reframe the perception of French-Algerian relations?

Or has Macron been swayed by Algerian and French political currents maintaining that the Algerian regime is seriously weakened in the wake of the Hirak, or the protest movement? Could it be a mere matter of complacency, or even arrogance, on the part of the French president?

Only time and the future biographers of Macron will tell. But one thing is sure: the accusations of electioneering don’t hold water. Macron’s controversial comments stand to do him more harm than good. 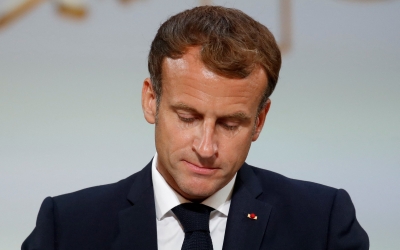 Meanwhile, the present-day Macron seems to have lost his way. The only French president to have shown a willingness, at least initially, to question the hegemonic policies of Francafrique - though failing to break with them altogether - is now attempting to clean up the diplomatic mess in the hopes of conserving French privileges that are clearly untenable in the long term.

Because France today is a reduced economic and military power lacking the means to shape the policies of Africa.

Thus did Macron renege on his highly anticipated new Africa policy, while allowing himself to get sucked into the downward spiral of Francafrique, where he is attempting to plug the leaks of what is clearly a sinking vessel.

Because, in economic terms, France cannot compete with China. Not only do Chinese investments in Africa dwarf those of France, but they also exceed the investments of all western countries combined. France’s exports to Africa in 2020 was 5.3 percent of its total global exports for that year. They are now lower than Germany’s, despite Africa not being a priority for Germany.

French exports to Africa represent barely a quarter of those of the Chinese, despite China’s relatively recent arrival on the continent.

From the military standpoint, France has reached the limits of its intervention in the Sahel, with operations Serval and Barkhane failing to eliminate the armed Islamist groups proliferating in the region.

France had hoped to form a coalition of African and European nations, but the former lacked the means to commit, and the latter were unwilling to get involved in what they feared would be an unmanageable and unwinnable war.

But for France, the worst blow came early this autumn, following the announcement that the US was forming a security pact in the Pacific without France. 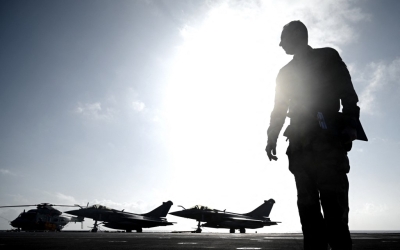 With US troops pulling out of Afghanistan and Iraq, Washington is signalling its intention to focus on what it considers the greatest challenge of the 21st century: the economic battle over the Pacific.

Signing the pact with first Britain and Australia, then India and countries throughout Southeast Asia, the US triggered a crisis with France by effectively nullifying the French Naval Group's $57bn submarine deal with Australia.

The market was snatched away from France in favour of US companies, and the snub to France was deeply felt.

Neglected by its former western allies, France thought it could impose its presence on the international stage by asserting its leadership in certain conflict-torn regions.

Alas, the interim military junta in Mali with reported close ties to Russia has unexpectedly turned away from Paris. After France unilaterally decided to scale back its presence in the region, transition Prime Minister Choguel Kokalla Maiga accused France of “abandoning Mali mid-air”.

The new Malian regime did not take kindly to France’s presenting it with a done deal. Here again, the French response was remarkably ham-fisted, displaying a level of arrogance that France’s allies are finding increasingly hard to take. The French Minister of the Armed Forces Florence Parly called the Malian PM’s remarks “indecent” and “unacceptable”.

Russia ready to move in

Convinced it still holds the upper hand, however, France is pursuing a Malian strategy based on the assumption that the current ruling junta’s survival is bound to the presence of the French military - and ignoring two crucial facts.

For one thing, while it has contained the spread of armed extremist groups, the French presence has failed to resolve the Malian crisis. For another, other options are available.

In the event of a withdrawal of French troops, Russia is ready to step in. Discussions are reportedly underway between Mali and the controversial Russian mercenary organisation, the Wagner Group.

Russia, which already has a foothold in Libya, is hoping to extend its influence in the Sahel. Historically, the US has provided logistical support for French military operations in the region, though no American troops are on the ground.

But with the US abandoning the symbolic theatres of Afghanistan and Iraq and refusing to directly intervene in Yemen, its efforts are entirely focused on ensuring America’s strategic pre-eminence in the Pacific region - whether it will continue to do so is another question. 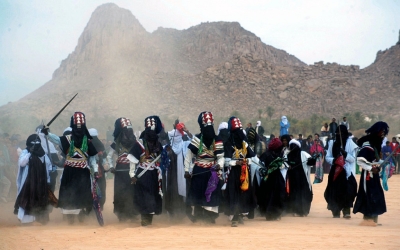 Consequently, the forsaken region of the Sahel is up for grabs, and Russia, a long-standing ally of Algeria, is ready to move in.

And there’s nothing the frustrated leaders of France can do about it. They can neither compete with China on an economic level, nor with Russia on a military level.

Worse still, France’s leaders have failed to grasp the changing nature of power structures in both Algeria and Mali, whose new governing regimes have fewer historic and economic ties to France.

Thus, when Macron announced the French government’s decision to substantially cut the number of visas granted to Algerian leaders, he was barking up the wrong tree: the people the new policy targets are no longer at the decision-making helm.

Ultimately, the overall scheme of things in North Africa and West Africa will dramatically change. France can no longer afford to reign supreme, and the US has other priorities. China and Russia - the first economically, the second militarily - will inevitably supplant former networks and interests, with Turkey too now entering the fray.

In the current rapidly changing and precarious context, Algeria holds a strong hand, and it aims to establish itself as a strategic partner - not a mere sub-contractor. Already the nation’s strong economic relations with China and its military accords with Russia see it poised to become a central if not pivotal part of the emerging regional bloc.

Macron has neglected to consider French-Algerian relations from such an angle, contenting himself instead with playing the traditional hand of French foreign policy, in which African countries are seen as natural allies, if not vassals. That an African nation would recall its ambassador to Paris, close its airspace to French military aircraft and consider taking other even more radical steps was all but unthinkable.

Even Mali is changing course. Why would one of the world’s poorest countries, with no serious prospects in view, choose to remain in France’s suffocating sphere of influence?

Historically, French foreign policy has viewed African nations as mere sentries standing guard over the interests of France, which also happened to be in their best interest. This once held true for a number of countries, and some today may still agree to take on the supporting role of sub-contractor or vassals.

But even the supposedly impeccably modern voice of Macron could not shake the old Francafrique habit. Hence, the stinging rebuke from nations aspiring for a new, more equitable deal.

Even Mali, despite its extreme instability, is changing course. Why would one of the world’s poorest countries, with no serious prospects in view, choose to remain in France’s suffocating sphere of influence? After all, in 50 years of post-independence, Francafrique policies have accomplished nothing.

Meanwhile, Algeria, whose population is likely to outnumber the respective populations of Italy and Spain by the middle of the century, will no doubt be a force to reckon with at the future negotiating table, despite the institutional and economic failings that for the time being are holding it back. 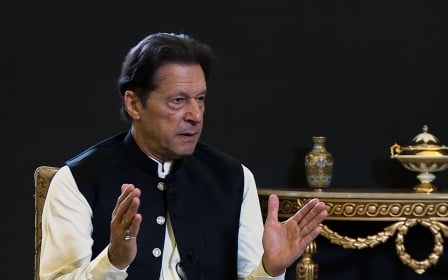 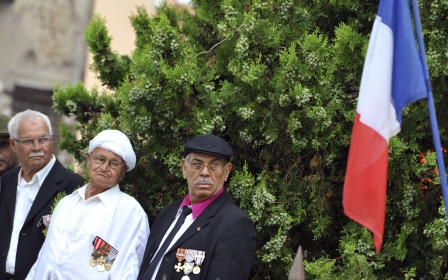 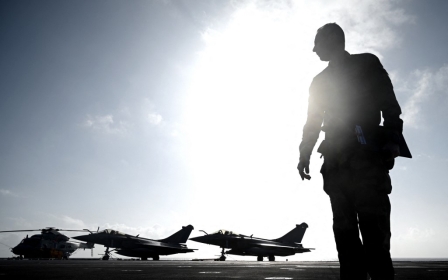